Croatian mentality: how to get things done the Croatian way

Croatia is a wonderful country full of contrasts. There’s one that never ceases to amaze me, the one that is close to magic: few things seem to work but everything always gets done.

How? The Croatian way.

Croatian way or the highway

In 2003 I left Croatia and moved to London. It was mostly out of anger. I just finished university and was looking for a job. Sending around 200 applications got me one interview, but, ultimately, no job.

People told me I was naive: to get a job in Croatia, I needed to pull connections. Because WHAT I knew mattered less than WHO I knew. I refused to go along with such nepotism – so I called it at the time. Instead, I moved to England: the land of pure meritocracy – so I thought of it at the time.

11 years later, the world doesn’t seem so black-and white. And the logic I discovered makes the grey enjoyable. 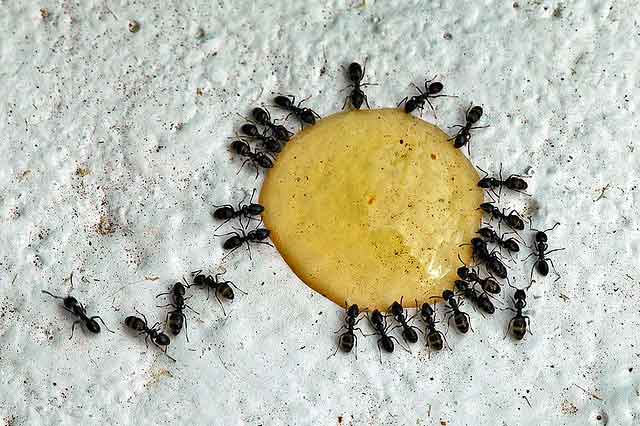 Croatian Way: 'Who will you help if not your own'

There’s logic to every madness

When they awake to their artificial intelligence, we start feeling oppressed. Think of automated phone numbers introduced to improve customer service. And then think how frustrated it makes you feel when you hold for 20 minutes listening to cheesy music.

This is what usually happens in large, developed societies, like Britain, whose goal is to democratise individual rights through impersonal systems: bureaucracy.

Croatia is a much smaller society. Its system works – but it’s awfully slow. Like an old car, it has whims known only to its owner. Think of them as pressure zones: if you touch the right spot, the system speeds up, and before you know it – it runs smoothly. It actually purrs.

Learn the ropes of the Croatian mentality

American anthropologist Edward C. Banfield coined the term amoral familialism to describe the value system of people in small Southern-European places, such as Sicilian villages. They cared more about their nuclear families than the community as a whole.

Banfield explained such nepotistic mentality as a survival strategy. The smaller the community, the bigger the fear that the overall system won’t provide equally for everyone. Distrust in democratic processes makes people turn towards the extended family as a place of belonging: they’ll do whatever it takes to sustain it.

There’s a wonderful Croatian expression that sums this up: tko ce kome ako ne svoj svome [who will you help if not your own]. You can wonder why someone has employed a less than competent nephew in a law firm and how such logic can advance the society.

But you need to understand: Croatia is a small society and nepotism has always been its survival strategy. A nephew lawyer in the family is worth more than a reliable legal system in the state – at least in the uncle’s mind.

Multiply this several times and you get most people thinking like the uncle. It’s a safer option because, as I said, the system works awfully slow. The nephew is the pressure point to speed it up.

Ultimately, Croatia is a place where individuals are more resourceful than the system.

#2 WHO YOU KNOW, NOT WHAT YOU KNOW

One of the most frequent small talk openers in Britain is: so what do you do. People define themselves professionally and gauge how useful they might be to one another. If usefulness is detected, business cards are exchanged. This is called networking – getting close to people whose knowledge can serve your purpose.

I don’t think networking is a lot different from nepotism. Except that the process unfolds the other way around. In nepotism, close people are put into positions that can become useful.

Britain’s ‘what you know’ and Croatia’s ‘who you know’ principles secure that the particular system in place works smoothly. So there should be no moral judgement of either. In Britain you might feel you’re no more than your job and in Croatia you’re defined by the social capital of your tribe, not your skills.

If you’re a sensitive person, you’ll feel oppressed by both principles. Neither cares about you as a person, but what you contribute to the society/extended family. British meritocracy advances the democratic system until we get automated phone numbers.

Croatian nepotism undervalues people’s knowledge because the only way to get things done is to have your own people inside – the nephews, the pressure points. You can relax in the understanding that both are survival strategies – ways to create allies in a threatening world.

In Croatia it’s the people who hold the information, not the system. Of course, some information must be publicly available, but there are ways around it too. For example, (promised) jobs are often advertised in obscure publications, seen only by those who are supposed to apply.

Land owners may be stripped of property rights if they don’t (re)claim them through a public call – advertised only in a local town hall’s corridor! Even when the information is publicly available, you need people to tell you where to find it.

In more mundane situations, such as when you need a plumber or an English language instructor, you always go to a friend. You ask: have you got a good plumber? With the plumber’s number in hand, you’ve receive two things – a piece of information and a recommendation.

The plumber is most likely a friend of a friend of a nephew. He doesn’t advertise his business because it either spreads through word-of-mouth or is illegal.

Pay special attention to this if you’re a tourist in Croatia. Some of the greatest events are advertised only days/weeks before taking place or not at all. The best thing you can do is hang out with the locals and just ask them: have you got a good event to go to?

#4 NOT EVERYTHING HAS A PRICE

Back to Croatian proverbs. Tko to moze platiti [who can pay for this] – usually followed by a deep sigh – is used for that which defies the capitalist motto ‘everything has a price’. A simple dish not available in restaurants, Adriatic sunset as you sip a glass of red wine, home-made buttermilk on the terrace of a mountain hut…

The list is so long that it appears many things in Croatia are difficult to monetise. It’s not that they don’t have a price. You’ll certainly be charged for a bottle of home-made wine. But how will you know where to look for it? The catch is – they are experiences, not commodities.

You need well-informed friends who’ll hook you up with experience providers. They are not listed, remember?

The proverb also teaches us that some things can’t be bought, only given away. This is what happened to friends of mine who fell in love with a house on the island of Lastovo and made an offer to the owner.

‘Why do you want to buy a house when you won’t live here’, asked the local man. He was worried that these foreigners won’t contribute to the wellbeing of his extended family. Still, he offered: come back a few times; we’ll sell you the house when we get to know you.

Ten Lastovo summers later, my friends brought a bag-full of money: can we buy your house now? The man replied: you don’t need to buy the house; you’re family now, you can come anytime.

In Croatia there are commodities with a price tag and there are priceless experiences. But the price does exist. Go to those well-informed friends to find out who to pay, or better yet, become a family member to get it for free.

Of course, nothing is ever for free. Benefits of belonging to an extended family bring along obligations. You should help as you were helped. Ultimately, each family member knows of a particular pressure point so that the system’s anomalies can be tended to.

For them, the system works. For their close friends and friends of close friends, it works too, but is usually supported by gifting.

If your friend did you a favour and you can’t reciprocate, you buy a gift. The end-result of gift-exchanges can too often resemble corruption. How else would you call someone giving a suckling pig and a gallon of wine to a surgeon for removing their wife’s gull-bladder?

In the Croatian mentality buying gifts to get things done is not considered corruption. Take for example the EU-funded research on corruption in Croatia’s state sector. People were asked 2 questions: 1) if they ever engaged in an act of corruption (NO); 2) if they ever bought a box of chocolates to a state official for speeding things up (YES, OF COURSE).

The EU study concluded that not only were Croats corrupt but they also lied. But think again! People simply don’t see giving a box of chocolates to a state official as corruption. It’s an act of good manners!

My mother told me a story about a woman who rewarded her dentist in an unusual way. After a successful treatment, she asked him if he preferred the chicken she brought dead or alive. Dead, he said.

The woman proceeded to the bathroom and slaughtered the animal in the sink. She used scalding tap water to pluck the feathers. I don’t know what she did with the entrails, but she sure presented the doctor with a fine yellow piece of meat ready to be roasted with potatoes.

Now, how can you call this simple expression of gratitude corruption? If the dentist was her nephew (maybe the lawyer’s brother), she would have jumped the queue or never even ended up with toothache. Presenting a gift was her way of finding that spot that gives the system a push. It’s just how things get done the Croatian way.

Croatian way on the highway

Similar version of the Croatian mentality exist in all small communities that distrust larger systems. I learned that during the 5 years I worked at the English PEN, promoting translated literature. My job was to network with UK publishers who support the ‘off-the beaten-track’ literature.

I noticed this: these devoted people could survive the claws of commercialism in one way only – teaming up, networking, and ultimately, giving jobs to those they knew and trusted.

Do you call this nepotism? Or do you call it the Croatian way?