The question is: how much of that heritage is part of our modern-day identity.

I say a lot. It may be hidden, adapted or perfectly blended in. But we do keep those prehistoric vestiges. And some, we even spread around the globe.

So, let’s dive deep into the history of Croatia and discover what it is that makes us Croatian today.

History of Croatia as our new visual identity

The new visual identity of Croatia Honestly captures 7 unique patterns. Each represents a distinct moment in Croatian history. And with each moment there is a cultural artefact (or custom) tied to it. 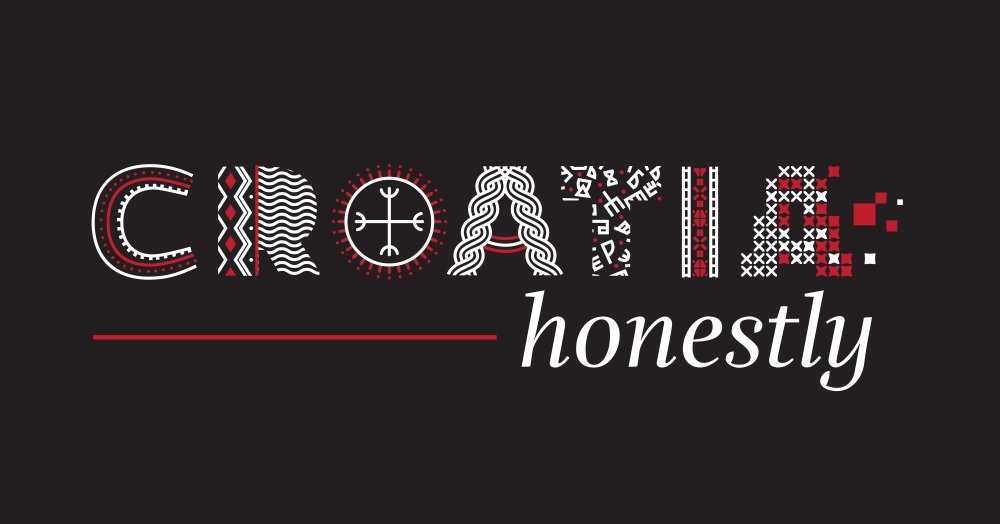 Designer Ivan Dilberović spent much time listening to my stories about Croatian culture. We agreed that the mission of Croatia Honestly was discovering and interpreting our cultural heritage. But our goal is also to portray this wealth of tradition in a contemporary way.

In effect, we dug deeper into the ancient Croatia. What we excavated is shown in modern brush strokes. For example, Croatia boasts one of Europe’s oldest national symbols: the red and white checkerboard.

But Croatia has more to show off, and not only for its own sake. Some innovations, which became gold standard of the modern world, happened in Croatia.

So, let me show you each of the 7 patterns that I am utterly in love with.

1 (Pre)History of Croatia – how we eat

All prehistoric sites in Croatia are extremely valuable and interesting. But one is extra special, at least for me. This is the site of the Vučedol culture.

Vučedol is a tiny village nestled on the bank of the Danube river, 5 km outside Vukovar.

Vučedol culture thrived there at around 3000 years BC. One of its most distinguishing features is the breath-taking ceramics. 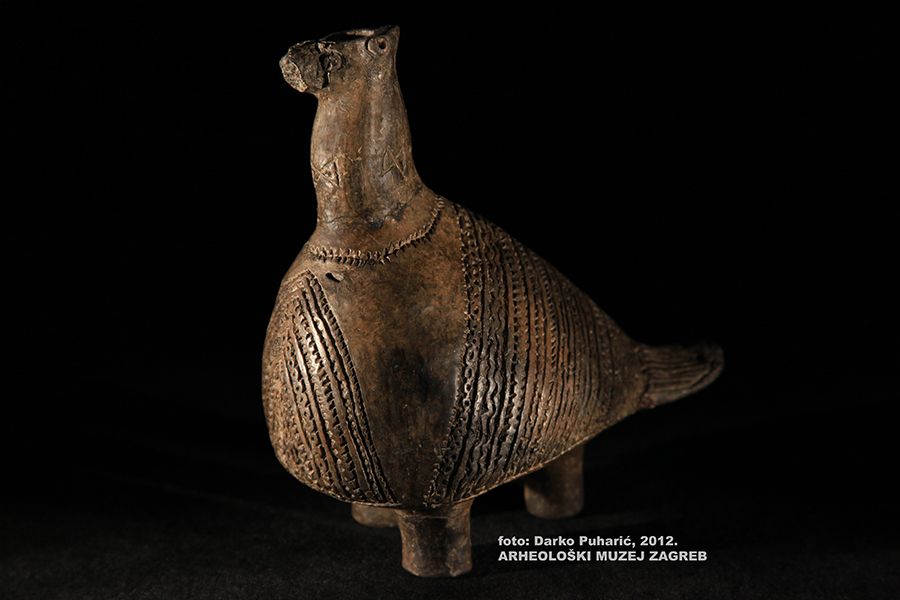 Most famous ceramic artefact is Vučedol Dove, today the symbol of Vukovar

The findings point to 20 different types of pots for daily use, all produced with minute detail. They feature the distinct black background and the white and red geometric decorations. These are carvings, i.e. incrustations, which were then filled with white and red pigment.

Crushed shells from the river gave the colour white. And the red most probably came from the hematite mineral, found in the soil.

The ornaments consisted of geometric lines with a particular rhythm. And since Vučedol people were sky-gazers, these decorations symbolized Earthly or Cosmic phenomena. 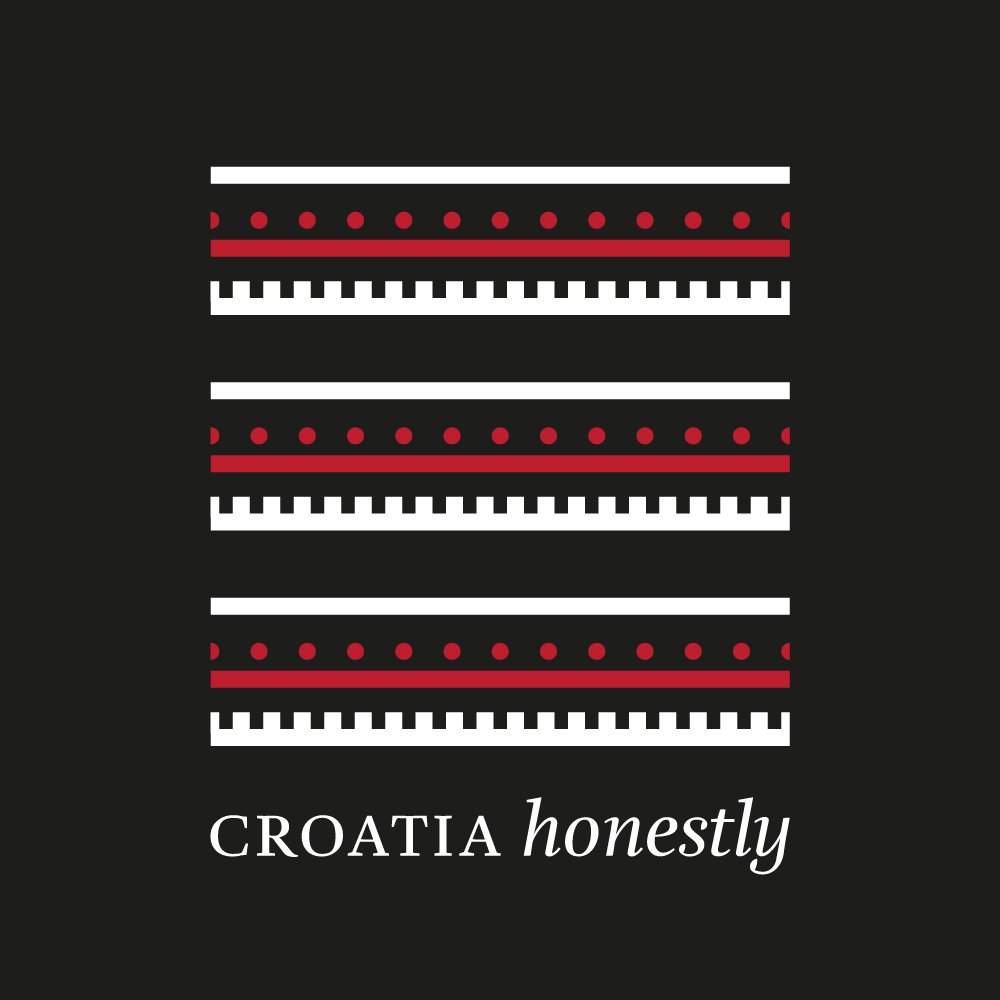 And speaking of innovations, Vučedol people were the first in the world to eat from individual bowls. Their ceramics came as a set, consisting of a large, communal bowl and several smaller ones for each person.

2 Ancient history of Croatia – how we dress

The second pattern, or the letter R, is again a tribute to Vučedol innovations. The diamond shape comes from their fabric and the waves represent their trading.

Vučedol people indebted the world with the first mass production of metal. Clay moulds were essential for this, as they served as metal prototypes or casts.

Just like clay enabled mass production of bronze, so metallurgy created economic surplus. And this allowed people to dress up.

In Vučedol, textile was made on vertical looms. Each piece of cloth measured 75-80 cm in width. This was deduced from the clay weights on the ground. They were equally separated and kept the threads tight.

If you ever bought fabric by bolt, you know that the standard width is 150 cm (60 in), which is the double measure of our Vučedol vertical loom standard. 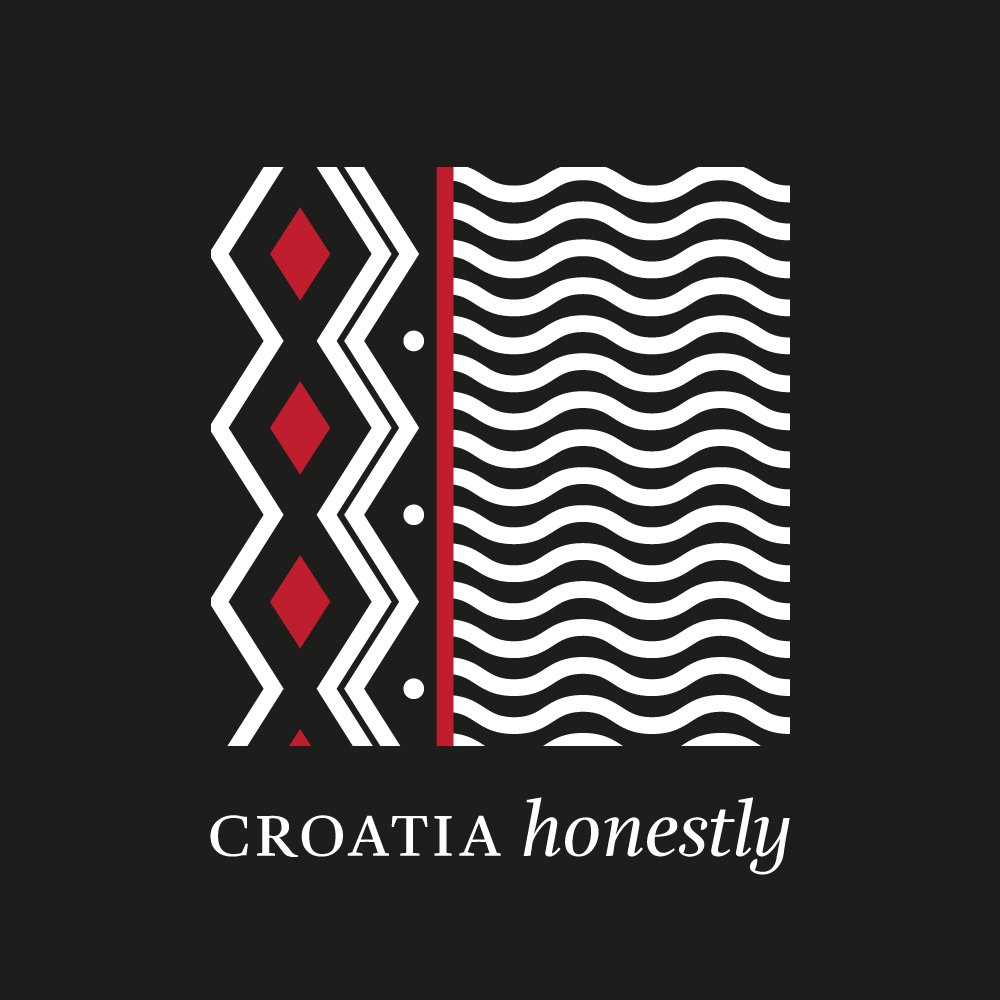 So, imagine – the golden standard for fabric bolts is 5000 years old and it hails from Croatia!

Now, we have mass production of metal and well-dressed people. All that is needed next is trading. And for this we need travel.

The waves on the letter R represent Croatian rivers and the Adriatic Sea. These were the natural borders of the Vučedol culture. They travelled far and wide to trade with the others and to spread their influence.

3 Incoming Ottomans - the symbols that protect us

Now we jump into the late Middle Ages – the time when the Ottoman Empire began spreading around Europe.

The Ottomans conquered much of the territory populated by the Croats. In fact, the entire Croatia was nicknamed Antemurale Christianitatis (Bulwark of Christendom) by Pope Leo X.

The first mention was in a 1519 letter to the Croatian ban Petar Berislavić. Croatian soldiers were praised for helping defend Christian Europe against the Ottoman Empire.

But the battles were fought on personal levels too. The Ottomans were known for kidnapping young boys and turning them into soldiers. They would also take young girls for slaves.

Croats in Bosnia and Hercegovina were especially affected by these practices. So, they began tattooing the girls with Christian symbols, such as the cross itself. 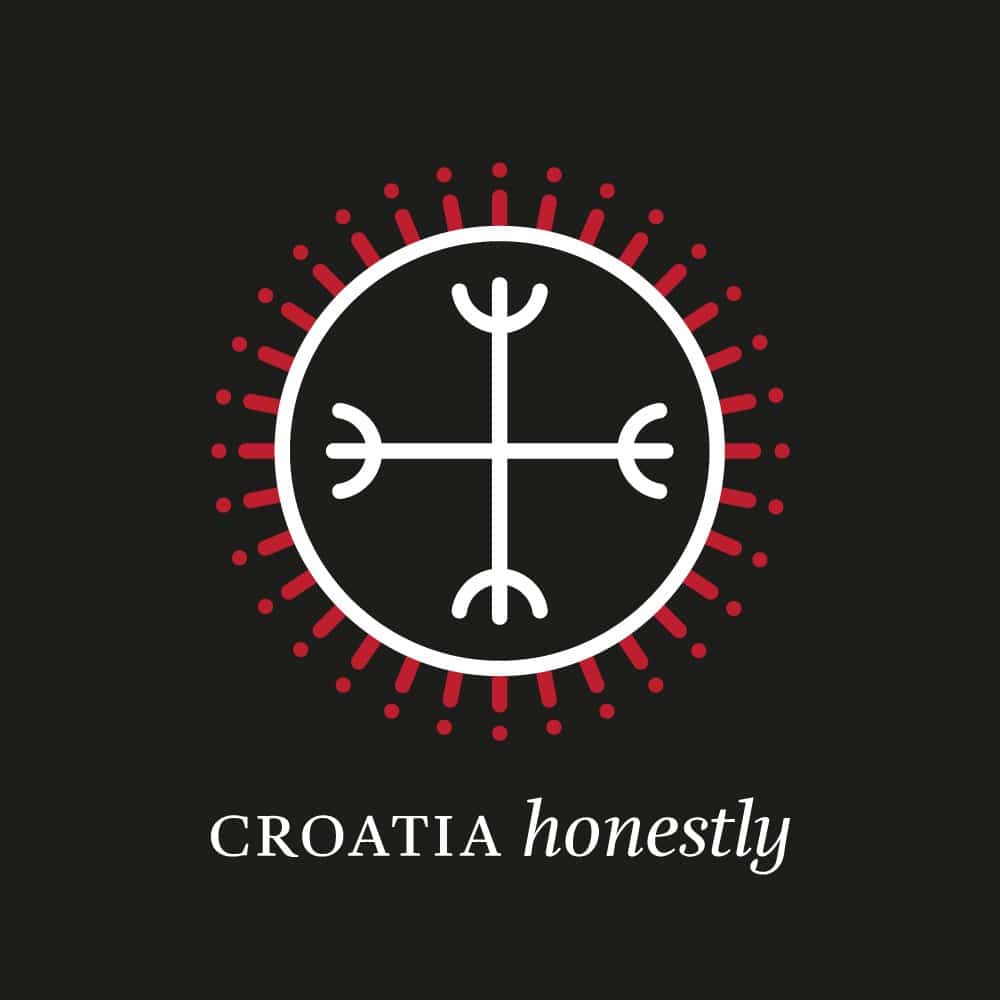 Girls were between 12 and 16 years of age when they went through the ritual of tattooing. It was part initiation into womanhood and part confirmation of their Catholic faith.

The tattoo symbols, as beautiful as they appear, were never only ornaments. They served as protection too. Placed on the most conspicuous part of the body – the hands – their purpose was to deter the kidnappers.

If they were taken and forced to convert, the girls had their Croatian tattoos to remind them of their Catholic faith.

Croatian tattooing was widespread during the Ottoman Era. But even today, there are elderly women who proudly wear their tattoos. The custom is being revived by the generations.

Croatian interlace was first discovered on pre-Romanesque stone inscriptions. In Croatian we call it pleter, which comes from the word plesti (to weave, to braid).

Pleter is one of the oldest symbols of Croatian sovereignty. Wherever it was carved, it symbolized the rule of a Croatian duke or king. For example, the Branimir inscription from the 9th century is embellished by pleter.

Religious artefacts were also adorned with it. The best example is the baptismal font of Duke Višeslav of Croatia. This tells us that the use of pleter was to signal Croatia’s membership in the Christian world.

Even legal documents, i.e. stone inscriptions, had a frame carved in pleter. One of the oldest Glagolitic inscriptions is a classic example of this practice. Baščanska ploča (The Baška Tablet) is, in effect, a legal document by which King Zvonimir bequeaths a piece of land to a Benedictine abbey.

Croatian interlace is a three-ribbon pattern - the strings sometimes included animal and herbal shapes. It is the finest example of the Croatian pre-Romanesque art. 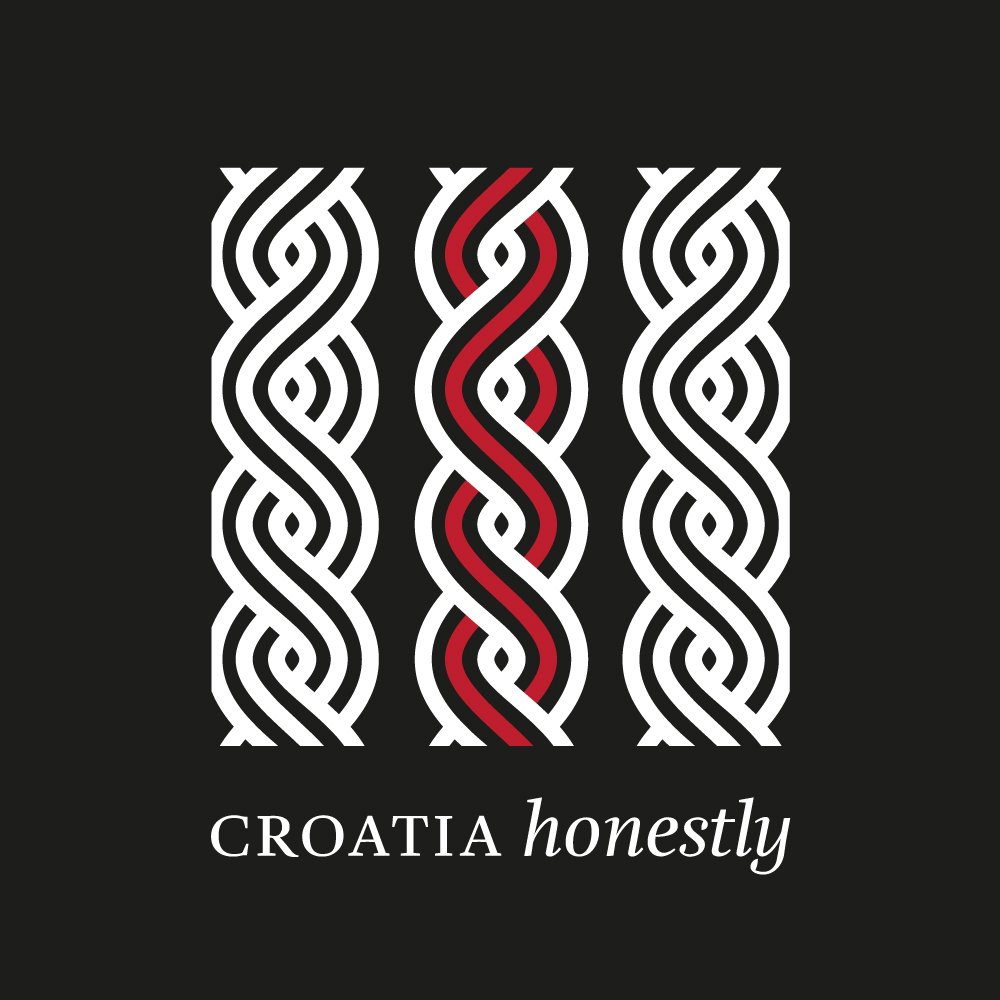 Pleter is not a thing of the past. Monuments, insignia or individual brands use it today to pay tribute to this unique Croatian expression.

5 Glagolitic letters – the way we write

The letter T is a medley of several Glagolitic letters. Even though most of us don’t know how to read and write in Glagolitic, we are immensely proud of this script.

Glagolitic dates back to the 9th century, when it was invented by the bothers Cyril and Methodius. Its main goal was to foster an easier spread of Christianity among the Slavs.

Once they learned it, the Slavs were allowed to perform liturgy in the Old Church Slavonic. The Vatican supported this practice because it meant Christianity could take deeper roots.

In Croatia, we continued using the Glagolitic script even until the 20th century. This was particularly widespread among the priests, throughout Istria and Kvarner.

Why? Well, because we always had to defend our language and identity. Being part of larger empires meant we had to emphasise our identity. Glagolitic letters were a perfect way to preserve our language from foreign influences. 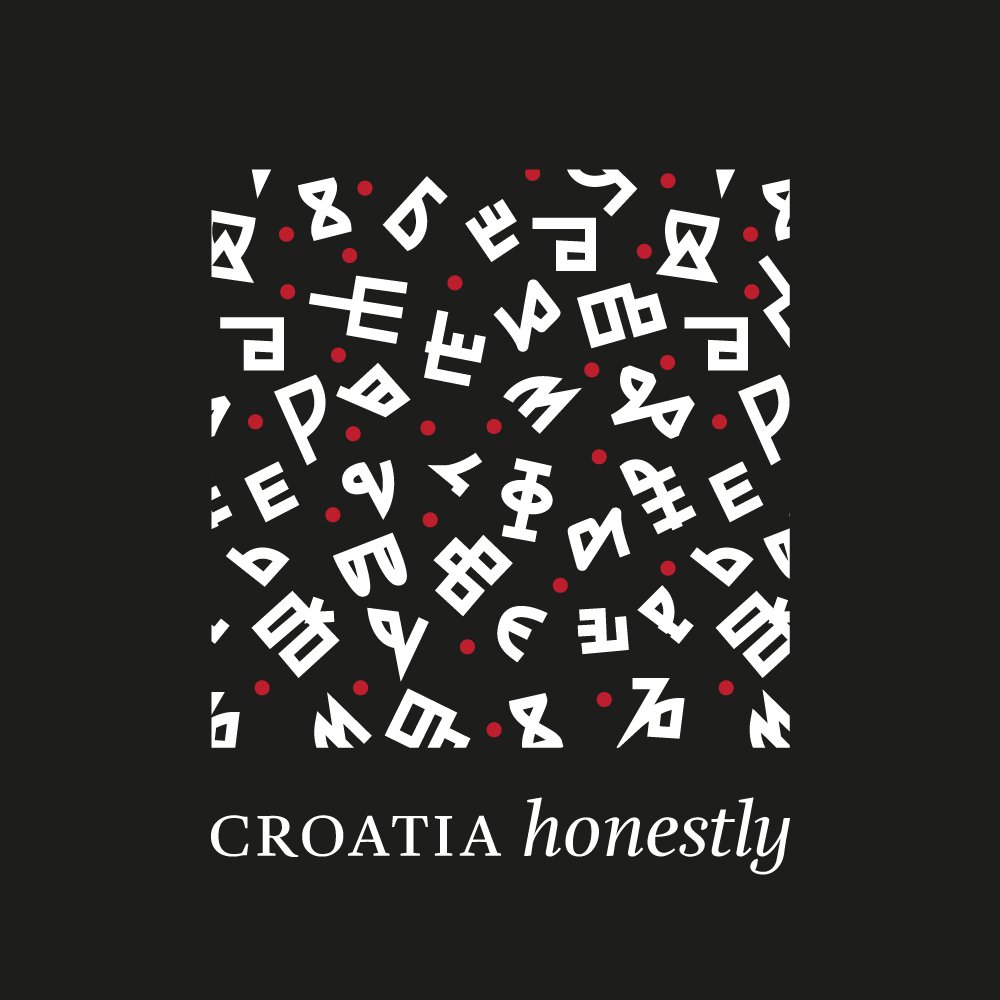 Today, people use Glagolitic letters as decoration. There is something about their rhythm and structure that makes each letter a tiny piece of art.

A very simple but slick shape of the letter I represents tkanica. This is a woven belt that was traditionally worn by both men and women as part for their folk dress.

Tkanica comes from the word tkati (to weave). The most common material for tkanica was wool but other types of fabric could be used too.

Notice that the letter I ‘tkanica’ has a pattern on it. This is because tkanica can also be a woollen bag with colourful patterns. These bags are very common in inland Dalmatia.

Now, let's explore other types of Croatian embroidery, in Croatian vez. Here we enter a treasure box of countless motifs, techniques, fabric threads and colours. Some are more recognizable than others – namely, the cross-stitch in the colour red.

The final letter A consists of red cross stitches which shape shift into the Croatian checkerboard. Cross stitching is part of most Croatian folk dresses. But it also adorns homeware, such as table cloths and towels, curtains and kitchen tapestries called zidnjaci. 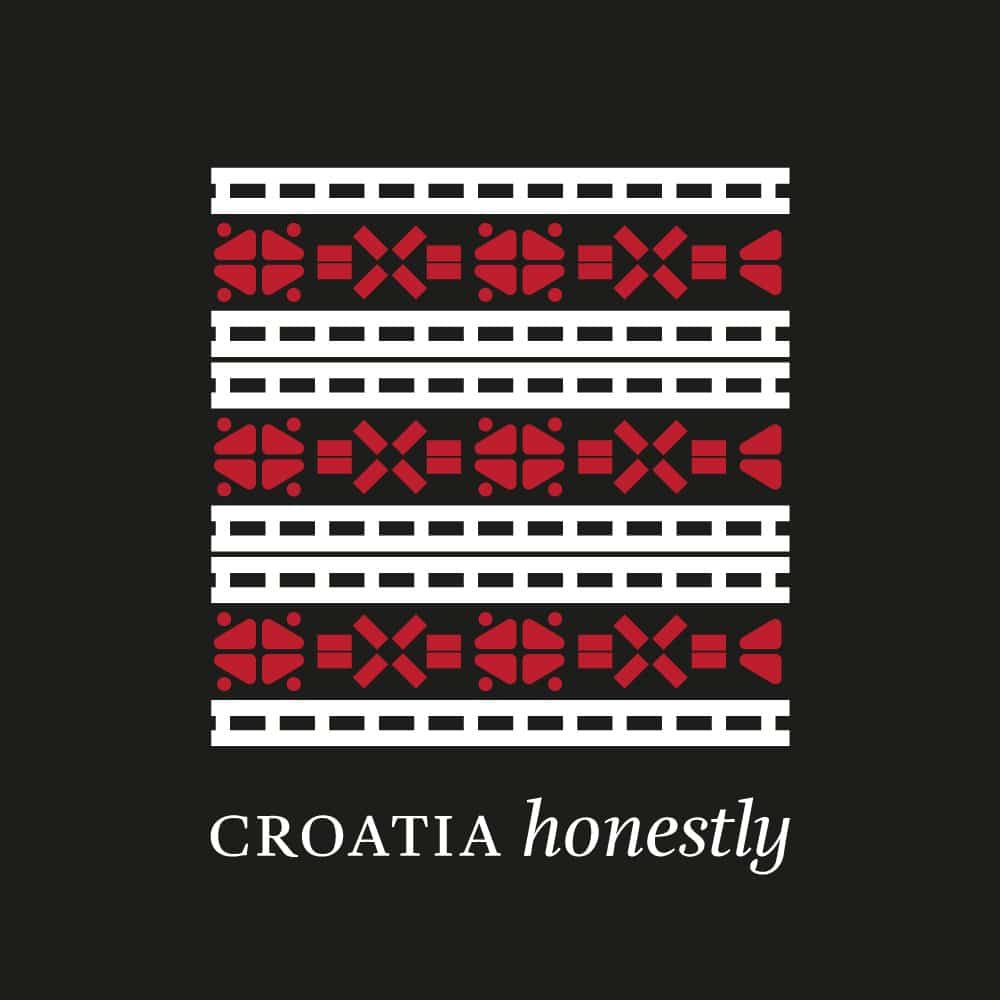 Cross stitch embroidery can be applied to various motifs. The red heart is immediately associated with Croatia. But some patterns can be more abstract and geometrical.

It doesn’t take a lot of imagination to connect the red cross stitch with our red and white checkerboard. Which is exactly what goes on on the letter A.

7 Croatian checkerboard – the squares we are known for

Šahovnica, the Croatian checkerboard, has been our national symbol since the late 15th century. On the modern Croatian flag, it sits in the middle, covering the main shield of the Croatian coat of arms.

Šahovnica comes from the word šah, which means chess. It consists of 25 red and white squares, arranged as a chess board.

This strikingly simple geometry gave us power and protection during the last several centuries. When we were part of larger empires, it gave us a sense of autonomy and pride. And maybe because it hints at a game of chess, it guided us to our final goal - the independence. 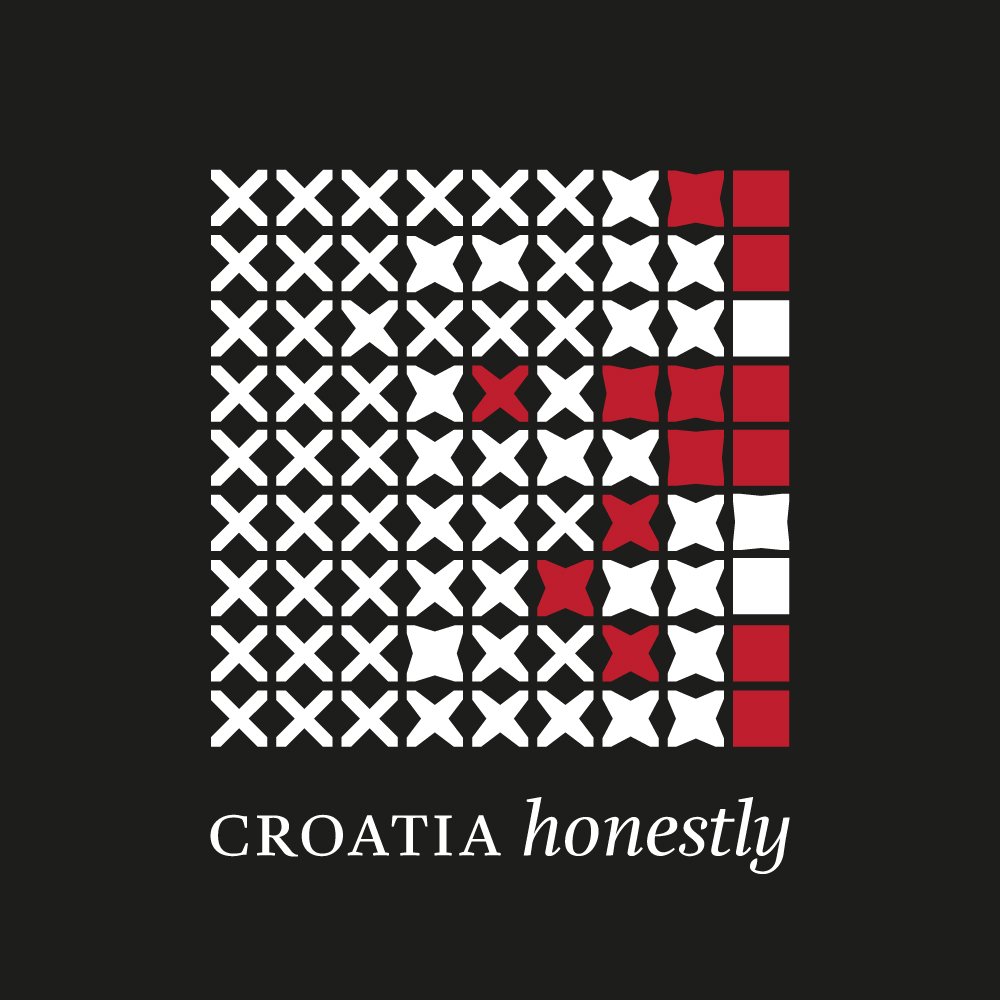 We still have a few things to learn about our checkerboard. Just like with great chess players, you never know their game completely. So, recently, šahovnica gave us an unexpected surprise when it popped up in archeological findings in Vučedol.

It turns out, the oldest šahovnica is about 5000 years old.

It is not necessarily connected with our modern Croatian identity, but there is hint of mystery... a little been in our bonnet ... that makes us wonder – how long, really, is the history of Croatia.

Check out our brand-new Croatian T-shirts featuring the entire history of Croatia in 7 patterns.

I want my t-shirt

Croats teach the world: how to do less and achieve more