Get your copy of Croatian Desserts Cookbook

I WANT MY COOKBOOK

Christmas in Croatia used to be celebrated only at homes until a few years ago. During socialism it wasn’t a popular business to be outspoken about one’s religious beliefs and practices.

I remember that, in my family, we weren’t allowed to decorate a Christmas tree. My father was a member of the communist party, and that meant no Christmas for us.

My grandfather was a member of the communist party too, but my grandma defied his instructions – she decorated her tree right in the window so everyone could see it. They always fought over that.

Pushed into silence, many families celebrated Christmas in the privacy of their homes. Croatian Christmas is about getting together anyway, but the fear from the outside world made it even more so.

People marked Christmas with food and bonding because nobody could complain about that. And this is what we still do: plenty of eating and hanging out together.

Today we get days off work so we can hang out for longer and eat even more. We can be outspoken: we decorate our Christmas trees sometimes weeks before it’s normally due, we go to the midnight mass on Christmas Eve and we celebrate in the open air.

Zagreb Tourist Board throws up an award-winning across-the-city feast Advent in Zagreb to turn Christmas into a proper tourist attraction.

You won’t regret coming to Zagreb any time in December. The city’s streets and squares are alive with music, Christmas market stalls and plenty of warm food and drinks.

Dig into my Advent guide for a taste of events

It seems that now we have the best of both worlds: long family bonding, delicious food and open-air festivities.

If you want to know what Croatia Christmas really looks like, scroll through my Ultimate A-Z guide to Croatian Christmas!

Advent wreath with 4 red candles is a common decoration in people’s houses and in cities. One by one candle is lit on 4 Sundays preceding Christmas. 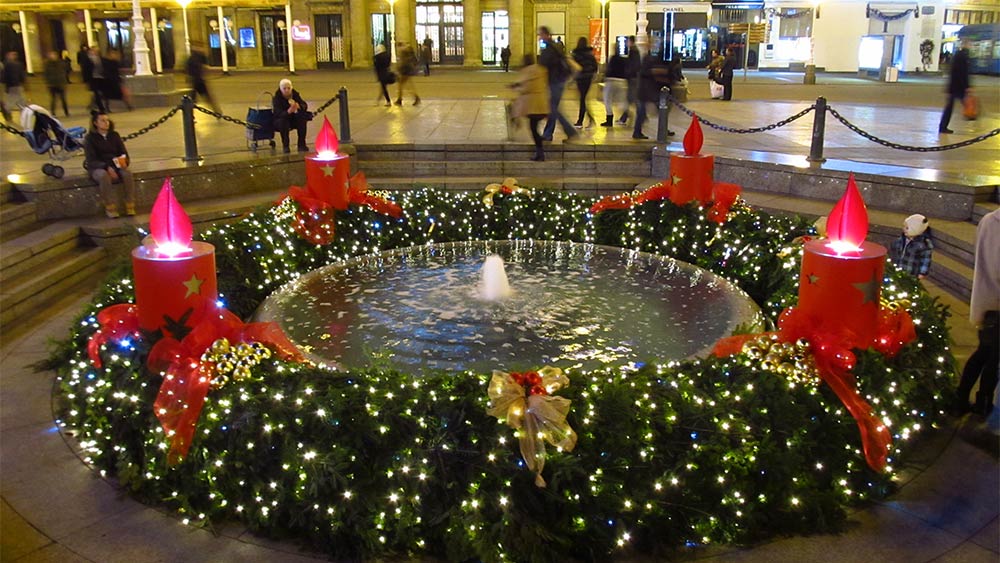 B for Bakalar (dry cod stew)

Dry cod stew is eaten on Christmas Eve. It’s a fasting food originating from Dalmatia but today we eat it all around Croatia. 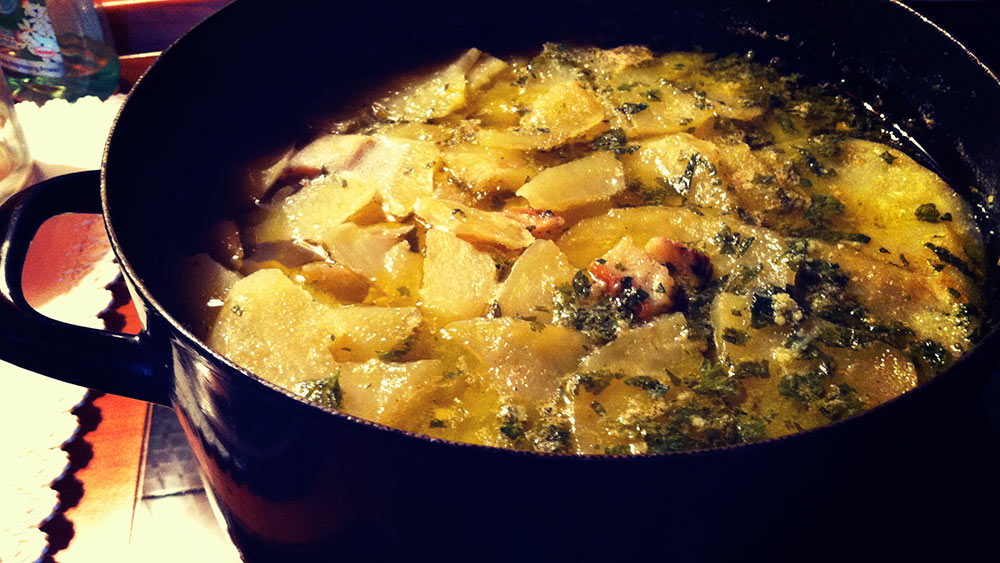 We decorate it at homes and outdoors, and sometimes much sooner than Christmas. It usually stays on until Epiphany, the 6th January, but if the kids insist – much longer again!

We hike to the Sljeme mountain top in Zagreb to burn off the calories we piled up eating. There we treat ourselves with beans and sausage.

E if for Eating, lots of eating

We eat and eat. It has nothing to do with being hungry. It’s just how things are. Scroll down to learn more about Croatian Christmas foods.

F is for Fooling around at the Funicular

The charming Tomićeva street – home of the Zagreb Funicular – becomes one of the loveliest Christmas hubs in Zagreb. Its theme is back to the 1930s. 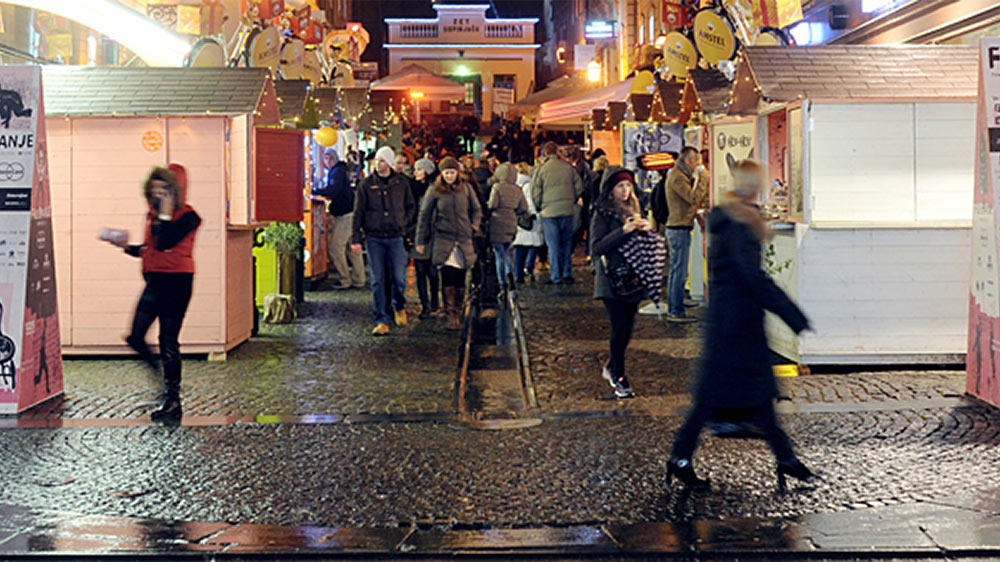 G is for Getting together

We spend all the festive times with the extended family.We eat and drink together, but it’s not uncommon to stay on for an afternoon nap on their couch too! 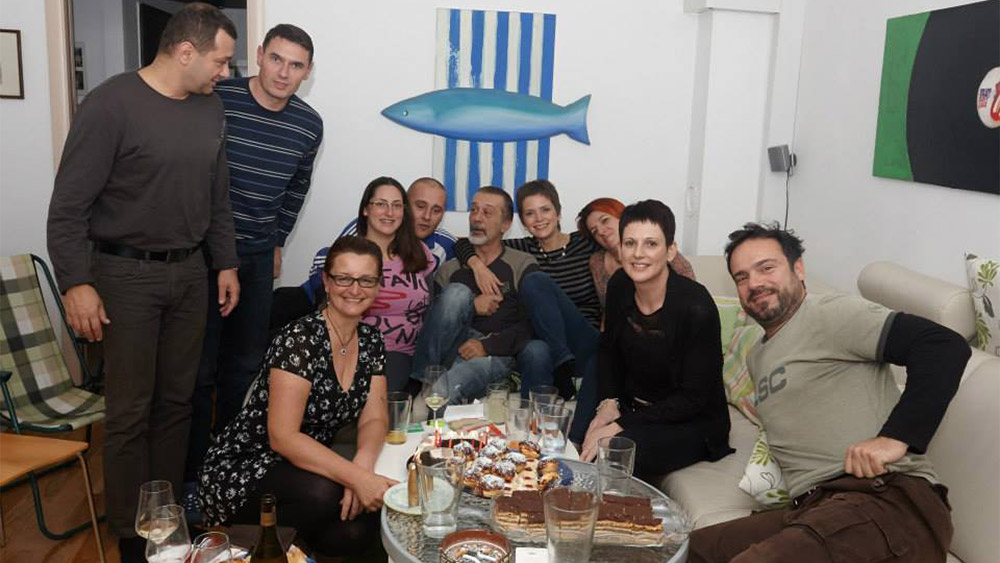 H if for Hand-made Produce Fair

During December you can buy fabulous hand-crafted souvenirs at market stalls around cities. Look for home-cured meets and home-brewed brandies!

I is for Ice-skating

The awesome large ice-skating rink at Tomislav Square is one of the top highlights of Zagreb Advent. The atmosphere is just breathtaking. 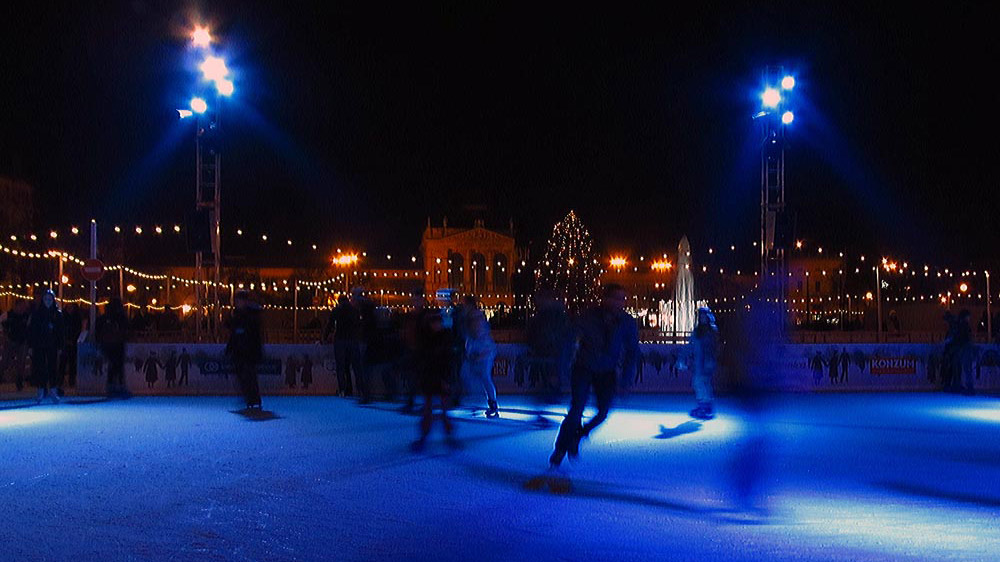 J if for Joy of Gifts

We exchange gifts but they don’t have to be big. In families with lots of children, adults sometimes get a small symbolic item, like a chocolate. 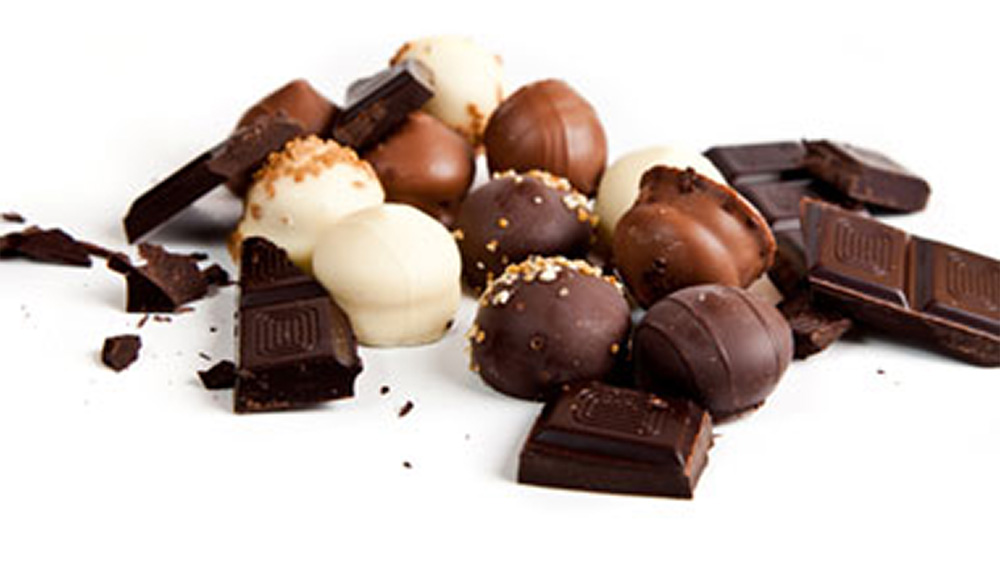 K is for Kissing and Hugging

We kiss and hug a lot. Unless someone is very close to you, we usually shake hands first and then kiss them on the cheeks – left, then right side. 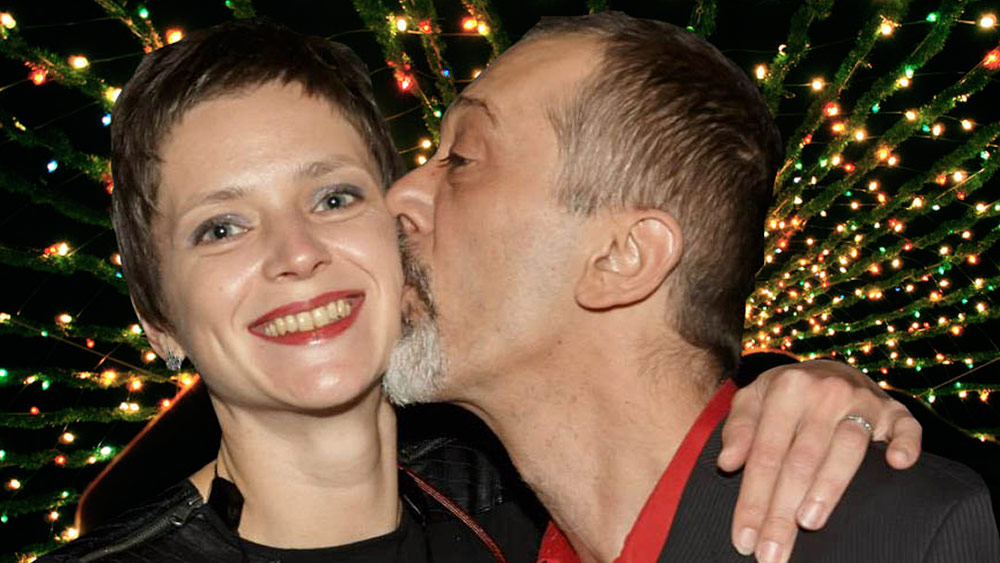 L is for Loafing Around

Between Christmas and New Year everything stops: it’s the time for no to-do lists. We just loaf around, and eat, of course! 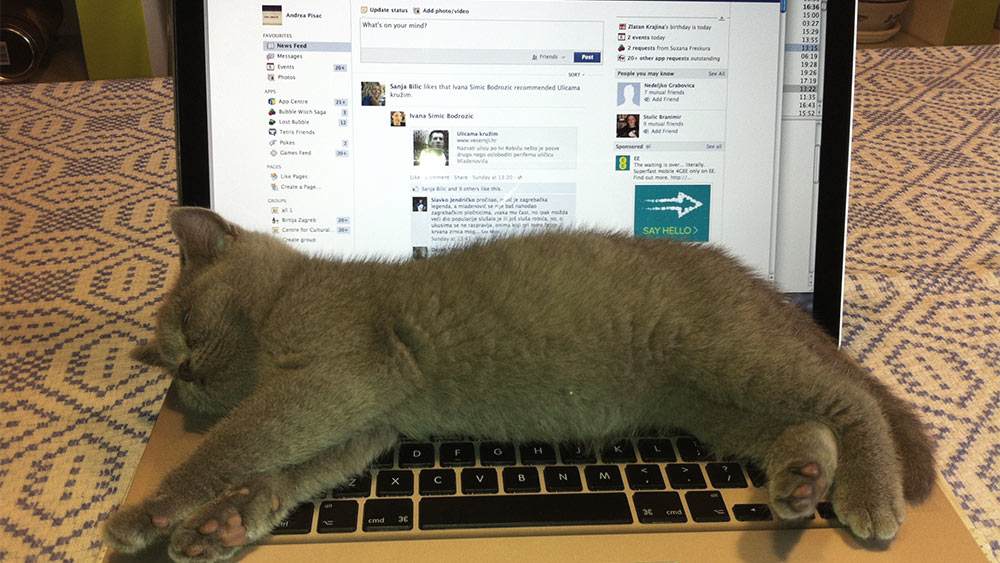 M is for Midnight Mass

Midnight mass on Christmas Eve is magical. Many people go out, the city is vibrant, attracting even those who are not devout Catholics.

N is for St. Nicholas

St Nicholas is celebrated on 6th December. We buy small presents to each other (if we were good) and a symbolic spanking branch (if we were bad). 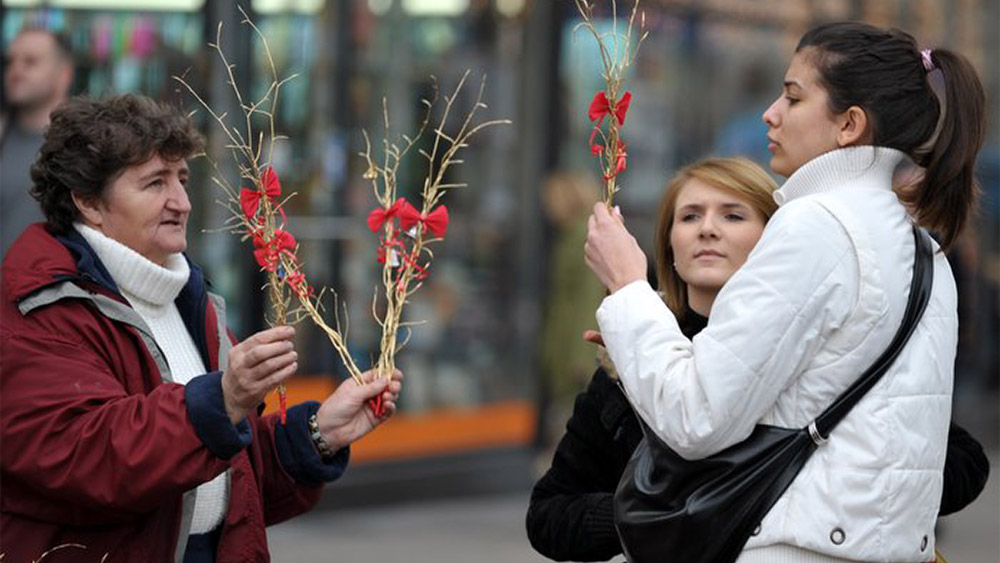 O is for Open-air Concerts

December open-air concerts in Zagreb are a must-see. There is something on every night, culminating with large concerts on New Year’s Eve.

P is for Pork

We eat roast pork on New Year’s Day. The symbolism behind it is that a pig pushes forward with its snout just like you should in the New Year – no looking back.

Q is for Queueing for Sausage and Mulled Wine

If you stay out enjoying the city atmosphere, you’ll want to warm up with some mulled wine and a sausage. You’ll be queueing to get that! 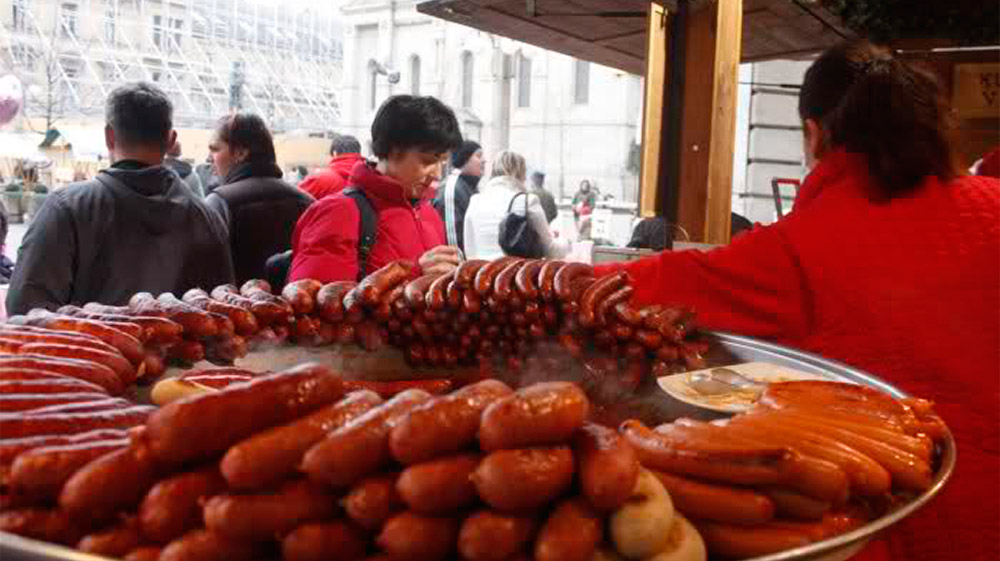 R is for Red, something red

We believe red at Christmas brings luck. We often give each other red apples and we wear a red item.

S is for Snow

Croatia in winter usually means snow. And so we are often lucky to enjoy a white Christmas. But no mater how much snow we get, our city transport rarely fails. Let’s hope Croatia turns white this year too!

T is for Turkey

We eat turkey (or any other bird) on Christmas Day. Birds flick dirt with their legs backwards, pushing away all that is bad away into the past. That’s what we should do too.

U is for Urban Fairytale

Advent in Croatia used to be celebrated only at homes. It’s nice to have the cities liven up at this time of year.

V is for Visiting Friends

Christmas Day is for the family, but after that people visit their friends to exchange greetings. In villages, dedicated greeters go round with a live band or on horses – a custom still kept. 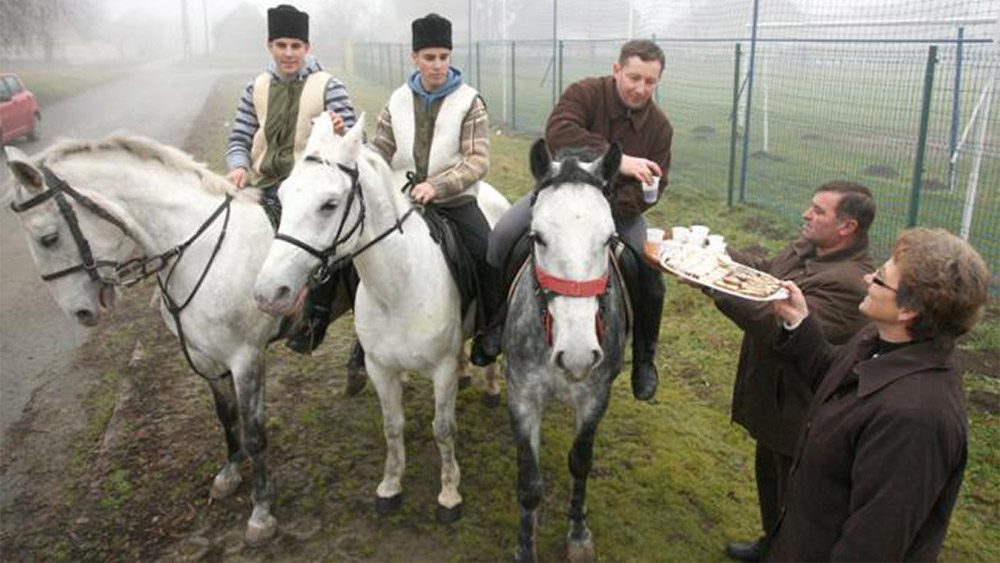 W is for Walking Around the City

We walk around the city to enjoy the atmosphere and to get a break from all the eating and lying around.

X is for Xenon Lights Decorations

They come on in late November and in Zagreb are just lovely!

Y is for Yummy Cakes and Biscuits

There isn’t one Christmas cake but many cakes and biscuits. Some people bake 10 different kinds. You can never say no to them when you visit.

Z is for Zrinjevac

Zrinjevac park in Zagreb must be the nicest place in Croatia at Christmas. There is open-air music, eating and drinking and a souvenirs fair.

So, Sretan Božić – which is how we say Merry Christmas in Croatian!

"Andrea is the best guide you could hope for in a country that tends to be a slow burn. Honestly, if you really want to know Croatia, read Croatia Honestly." – Anja Mutic, author of Lonely Planet Croatia
"Andrea's intricate knowledge of Croatian culture and brilliant style of writing make Croatia Honestly a fantastic resource to understand the cultural traits and nuances of the country." – Paul Musin, editor of Croatia Week
"Andrea’s writing gives us such real depth into Croatia’s quirky customs that reading Croatia Honeslty is as insightful as it is enjoyable." – Cody Brown, author of the bestselling novel Chasing a Croatian Girl

Sign up for my exclusive updates and get Croatia savvy.

Start with this FREE guide!

Your FREE guide is on its way!

Just a couple of more steps before you get set up!

Confirm your subscription and wait for my second email where you'll find a link to download your FREE guide.

Check your spam folder ff you don't see my email