Adriatic Sea is the most wonderful sea in the world. I know, this a personal opinion. But let me give you 5 reasons why I think that. You might just end up sharing my views.

Have you ever wondered why the sea has such fathomless power over us?

When you gaze into its expanse, everything around you disappears. The sea takes over you. And with this merge the feeling of elation follows.

You are no more than a drop, but at the same time without limits. Because you have connected to every other drop in the world.

This can be scary, or sublime.

The fact is, sometimes it’s not up to us to choose the feeling. Some seas are so high and wide that they are frightening in themselves.

Others, like the Adriatic Sea, are warm, crystal clear and on the human scale.

Or as the Croatian writer Predrag Matvejević wrote:

The Atlantic and the Pacific are seas of distance, the Mediterranean a sea of propinquity, the Adriatic a sea of intimacy. – Mediterranean: a cultural landscape.

So, which one would you choose to merge with?

I spent the first 25 years of my life believing that every sea in the world was blue.

As blue as the Adriatic.

Until I moved to England. My first reaction to the murky Brighton sea was one of shock.

You can say the sea in a thousand languages. The translation is simple and unproblematic. But what lies behind the word is a world of difference.

More [the sea] in Croatian always means blue. Because the Adriatic sea shimmers with the intoxicating blue.

In Croatian, we call the Adriatic Jadransko more.

Croatian children grow up going to the sea every summer. And that means swimming, snorkelling and all kinds of fooling around inside the sea.

The Adriatic sea is a God given summer pool. The temperature is warm enough to stay in for hours, and cool enough to get refreshed from the midday sun.

Because I have been spoilt by the Adriatic sea, I never swim elsewhere.

I can enjoy coastal walks off England, Portugal or America. I can even roll up my trousers and dip my feet into the Atlantic Ocean.

But, more [the sea] in Croatian always means wading in and swimming.

Out of 10 days you spend on the Croatian coast, there might come a special one. The day of the big waves.

And when I say big, I mean half a meter the most. It’s not a surfing wave or a wave that could crush you against the rocks.

It’s a playful bob that rocks you back and forth against the shingled seashore.

Off the coast, these waves will make a sailing boat glide and sing a happy tune.

Most of the time, though, the Adriatic sea is calm and clear. We say as calm as oil.

The world imagines a perfect beach as a stretch of sand. But if you ever went swimming off a sandy beach, you know that every movement muddies up the water.

The Adriatic sea is crystal clear.

The tamest beaches are made of round pebbles. The wildest one of rocks. But even at those, you can find polished plateaus for a towel or a deck chair.

Walking on pebbles takes some time getting used to. Your feet will thank you in the end.

It’s the rocks that make the Adriatic so clear. You can always see the sea bottom.

We Croats are so spoilt that we refuse to swim if we can’t see what lies beneath.

I am back in Brighton, strolling along the seafront. I am thinking, this is a port, not a sea town. It’s made for unloading goods and doing business.

The Adriatic sea is made by the human measure. Even the largest towns of Split and Rijeka have promenades. Made for strolling and idling.

Some seas create large ports. But the fishing towns along the Adriatic sea grew out of the shore.

They forge intimate meeting points with the sea. Narrow alleyways flow into the sea like river streams.

And once you reach the place where the sea and the shore merge, the view ahead bounces off the islands.

Everything on the Adriatic sea is cozy and intimate.

And just to add some useful info:

Finally, in case you’re still wondering where is the Adriatic sea… 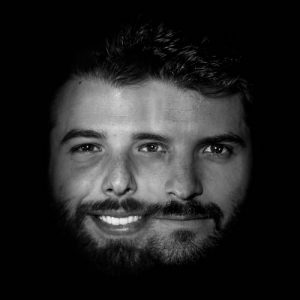 Brotherside duo consists of Boris and Sandro. The two brothers from Croatia currently work as research scientists in Hamburg.
Their main artistic focus is a combination of fine cityscape photography and raw storytelling. Follow them on Instagram or Facebook.
Photos of Croatia is a brand new series. Every episode will feature spectacular images of Croatia from some of the best photographers who live and travel in Croatia.
Their photos will be a prompt for me to write a unique story about what Croatia is really like. If you enjoyed this episode, make sure to join in and catch the next ones.

7 aerial shots that will make you crazy about Croatian coast