Get your copy of Croatian Desserts Cookbook

I WANT MY COOKBOOK

How about experiencing Zagreb with all your senses? Like through a Zagreb video series, so you can feel Zagreb even before you get here?

To give you the most authentic sense of Zagreb, I’ve started the fun Zagreb Shortcuts vlog. I’m working on this project with an excellent video production team and in cooperation with Zagreb Tourist Board. 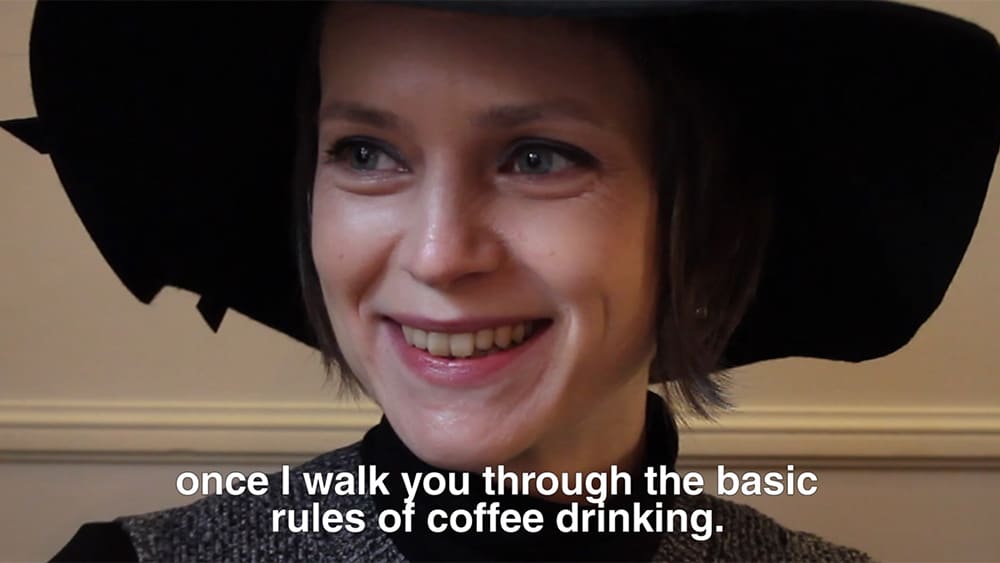 The episodes are witty snapshots of the local way of life. I’ll give you a tour of Zagreb’s best sights but there’s more to them than your usual Zagreb bucket list.

Watch fun episodes of Zagreb Shortcuts vlog where the stories are more personal and the city more magical. Click To Tweet

Imagine the Zagreb attractions as a list of cooking ingredients. You want to cook up a storm and enjoy your stay as if you would a yummy dish. So watch Zagreb Shortcuts and learn the recipe. I’ll show you how the locals live and how you too can get the most of our amazing city.

Get ready for #ZagrebShortcuts Season 1 that brings you 12 swanky episodes, one every month.

Coffee culture in Zagreb is a big thing. Meeting people for coffee is such an ingrained ritual in Zagreb that you simply must begin your visit by joining in.

Of course, if coffee drinking was just about coffee, I wouldn’t need 4 minutes to teach you the ropes. In this video of Zagreb vlog, you’ll see that having coffee in Zagreb is a fun social thing, with all kinds of rules to follow. Watch and learn!

Zagreb is often called the city of museums. It has over 3.6 million exhibits and the highest number of museums per square meter.

But the numbers don’t give the full picture. In this episode of Zagreb vlog, I walk you through several Zagreb’s museums to show you all kinds of magic you can do there. From meeting a 2,500 years old mummy, getting geeky in Nikola Tesla’s lab to practicing superskills, such as multiplying yourself. Jump right on!

Zagreb Video #3 – A Bite to Remember

The best time to visit Zagreb is when you’re hungry. Our food is a mix of many culinary traditions but the city’s signature ingredient is cottage cheese.

In this episode of Zagreb vlog I show you how to make štrukli – the most authentic Zagreb dish made with filo pastry and cheese. The pastry ingredients are incredibly simple, but the kneading and stretching require great skill and patience. Here we joke that once a woman masters it, she is ready to get married. Tempted?

Zagreb people are really easy to talk to. They are open and friendly, and most of them speak very good English. Still, if you want to learn the real Zagreb talk, you’ll need to brush up on your basic German.

In this episode, I teach you how to sound like a Purger – the real Zagreb native. Watch the lovely foreigners, now native in Zagreb, speak the Purger words beginning with F. Why? Because there are so many of them that reflect the true spirit of old Zagreb. Tune in!

Zagreb summers get really hot. And it’s not only the temperature that rises – amazing events sizzle all around the city. This episode, filmed at the scorching 38 degrees, shows you how to catch the summer cool in town.

You can read a book on a beach even without driving to the coast. Maybe try you hand at fab street art workshops. Or enjoy a host of live music around the city: from the big-time philharmonic concerts to pop-up street gigs. Join the big chill!

Zagreb is a perfect city for walking with cosy streets that follow an easy logic. This episode features a very special dog guest who shows you a scenic route to the popular Tkalča street.

You’ll see that going from point A to point B in Zagreb is most fun if you take the long roundabout way. Why? Because the streets and sights you’ll see en route are the heart of Zagreb’s charm. So boot up and let’s get going!

"Andrea is the best guide you could hope for in a country that tends to be a slow burn. Honestly, if you really want to know Croatia, read Croatia Honestly." – Anja Mutic, author of Lonely Planet Croatia
"Andrea's intricate knowledge of Croatian culture and brilliant style of writing make Croatia Honestly a fantastic resource to understand the cultural traits and nuances of the country." – Paul Musin, editor of Croatia Week
"Andrea’s writing gives us such real depth into Croatia’s quirky customs that reading Croatia Honeslty is as insightful as it is enjoyable." – Cody Brown, author of the bestselling novel Chasing a Croatian Girl

Sign up for my exclusive updates and get Croatia savvy.

Start with this FREE guide!

Your FREE guide is on its way!

Just a couple of more steps before you get set up!

Confirm your subscription and wait for my second email where you'll find a link to download your FREE guide.

Check your spam folder ff you don't see my email