Bird-watching in Croatia is not only for the pros. Here are simple life lessons I have learned just from doing it a few times.

It has always been a human desire to fly like a bird. To conquer the sky and to see the world from above.

Part of this wish is about power and control. Humans are driven to rule, especially that which appears unattainable – like the sky.

Another is about setting ourselves free. Break through the limits and be free as a bird. 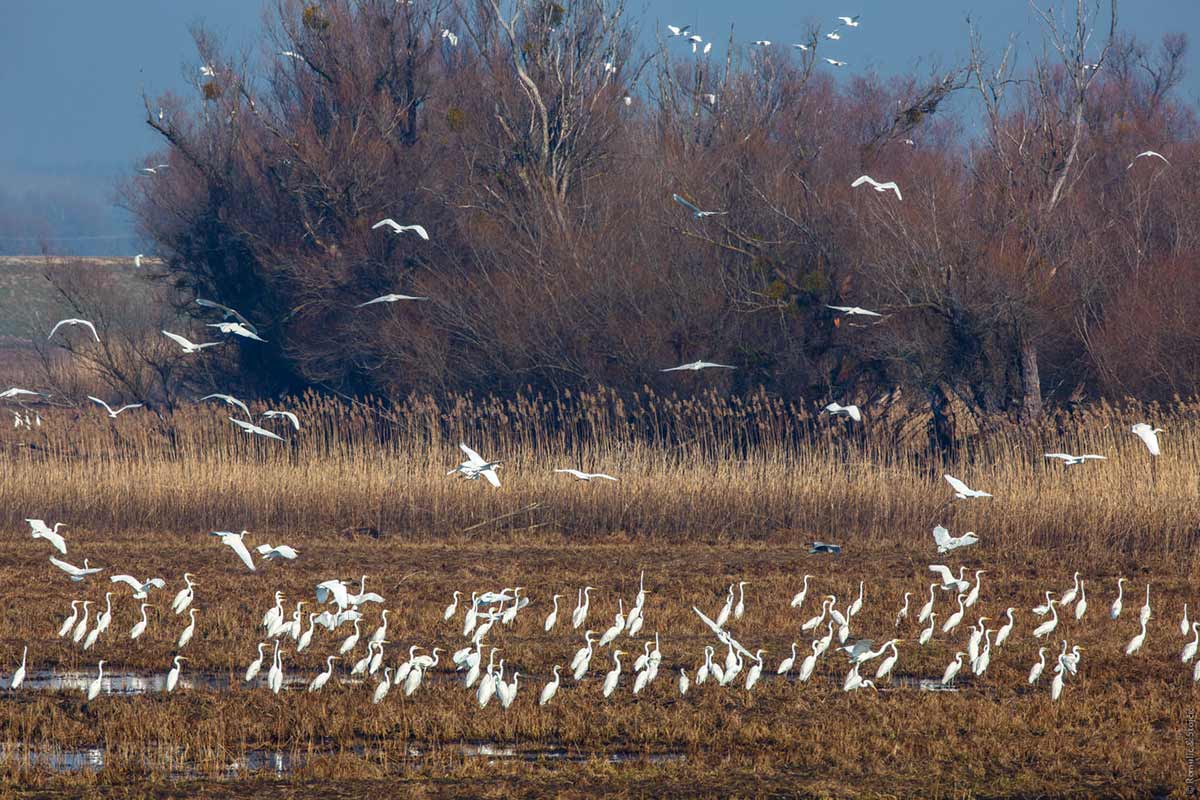 But we rarely stop to think what makes birds free. Is it simply that they can fly? Something the human body is unable to do?

Or is it the way they fly? And the way birds of a feather flock together?

Bird-watching can help you solve this mystery. With your sight and hearing sharpened, you’ll learn about the behaviour of thousands of bird species.

But as you pack your birding gear, take these stories with you too. They are surprising stories about human and bird freedom. 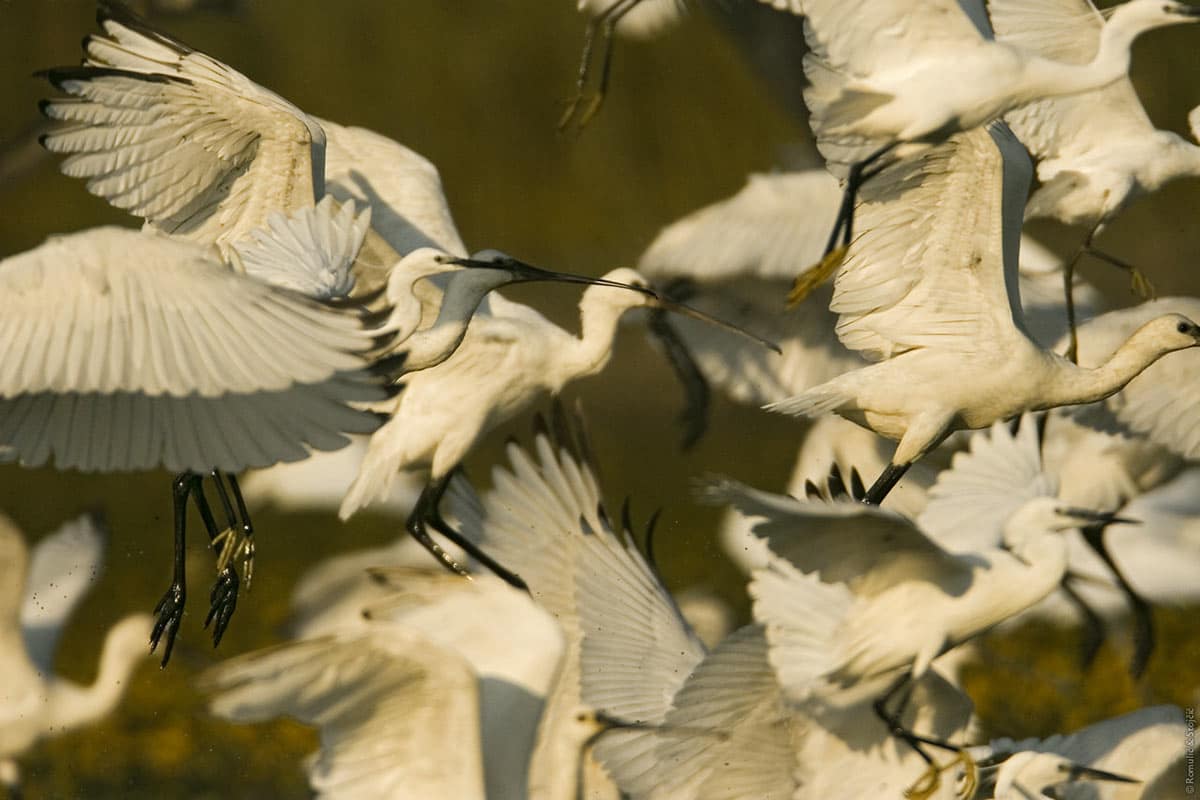 We may connect flying high to a life without limits. But birds teach us that the real freedom comes from embracing those limits and rules. From giving up on total freedom of self for the freedom of the flock.

1 | Search the world but always set off from home

Have you ever wondered where is home to migratory birds?

I love storks. It’s a national joy in Croatia when the first ones return from Africa. Each couple lands back into their old nest and prepares to raise the chicks.

In early spring, I drive slower than usual. I raise my head every time I pass an electric pillar and I search out those fluffy chick heads.

‘Where is home for storks?’

And he replies: ‘where they raise their family.’

I don’t stop there.

‘But they spend an equal amount of time in Africa. How can they tell where is home then?’

‘Home is where your family is’, he confirms.

It took me a while to understand this. I always thought being settled was the same as being stale. Not any more. 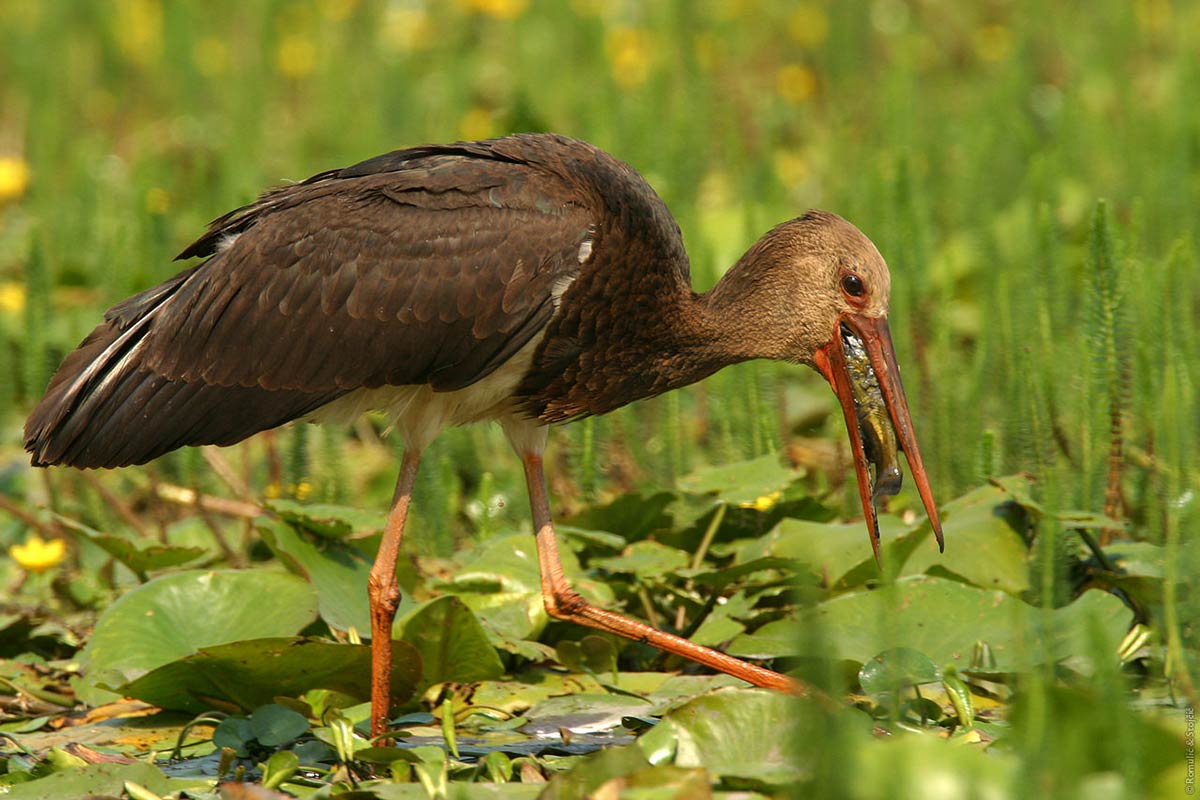 Storks taught me this.

You travel the world to nourish your body and soul. But you always start from your home, where your family is. And you always come back to it.

BTW, did you know that the national bird of Croatia is Common Nightingale?

2 | Know the route and travel together

The sky is immense and limitless. And even though they could, birds don’t fly all over it.

They have established migratory routes and they know exactly when to take off. They also fly in flocks, not alone. 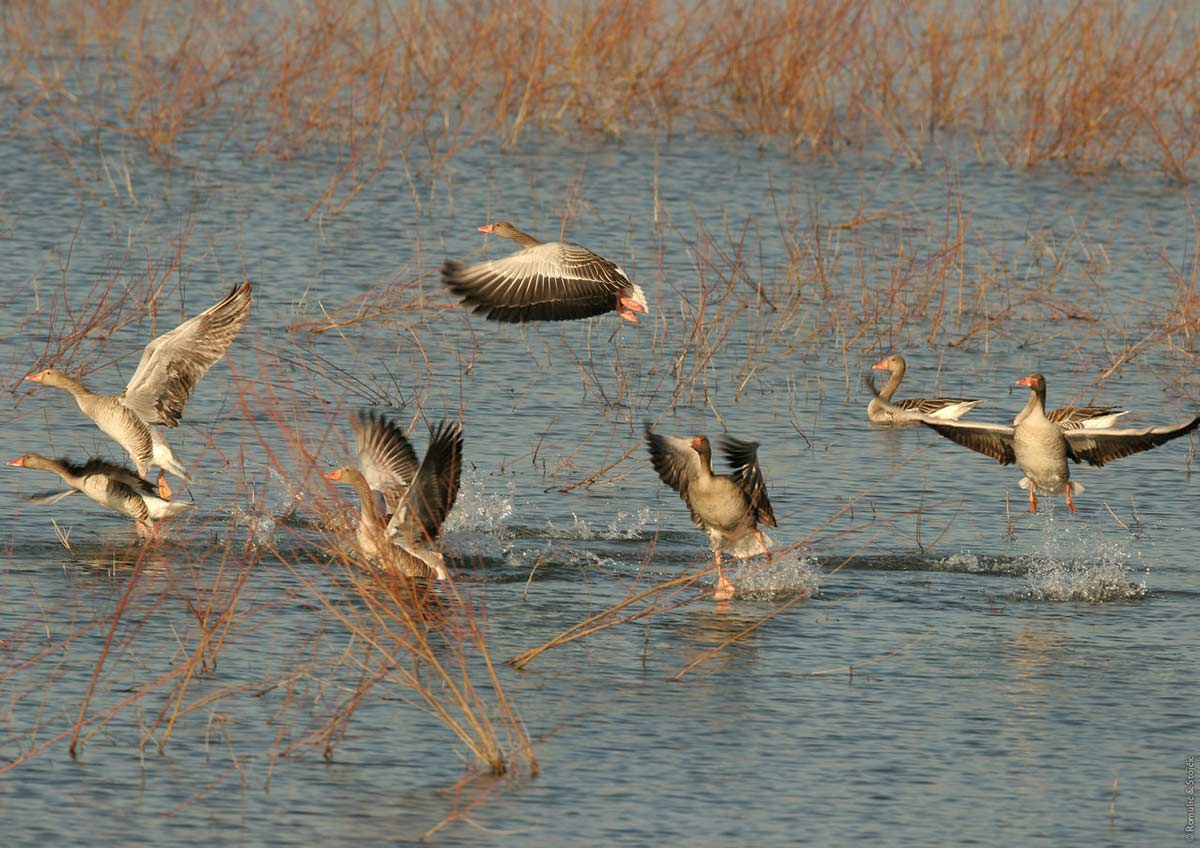 Because they are so organized, bird-watching is pretty easy. Like in Croatia, which extends over the central (and partly the western) European migration corridor. It is the spring/autumn passage of European migratory birds.

Here you can observe 387 bird species, and some of them very rare. 69 are threatened on the European level and 21 on the global level.

But this is not the whole point of the story.

Birds move freely because they use the wisdom of nature’s cycles and the rules of survival. In a word, they embrace the limits.

The formation of their flocks makes an impressive sight. But the logic behind it is even more stunning.

Flying together increases their chance of survival. They protect each other from predators.

They can also fly further. Did you know that each flock has a leader bird which helps others use less energy?

When this strong bird flaps its wings, it creates uplift for the birds behind. This way the flock as a team avoids getting tired. 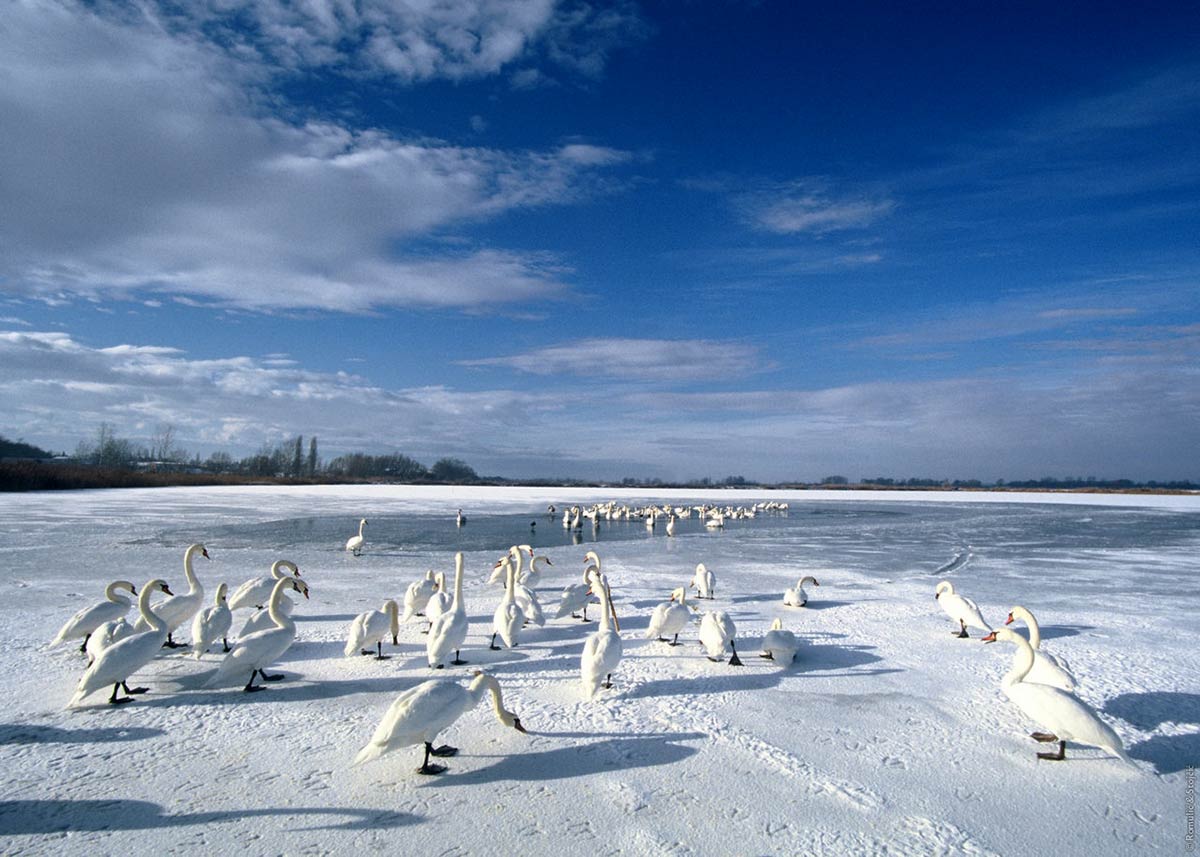 Here’s what I learned.

No matter how idiosyncratic you feel, there is always a flock you can fly with.

Stick together and follow the lead bird. Or be one yourself. When you get tired, someone from your flock will take your place until you recharge.

3 | You are lovable even if your feathers are not gaudy

In most bird species, males have more colourful feathers. Parading and showing off their looks is a way to win a chance to mate.

To us humans, male birds look prettier than females. Just think of a male peacock or a drake 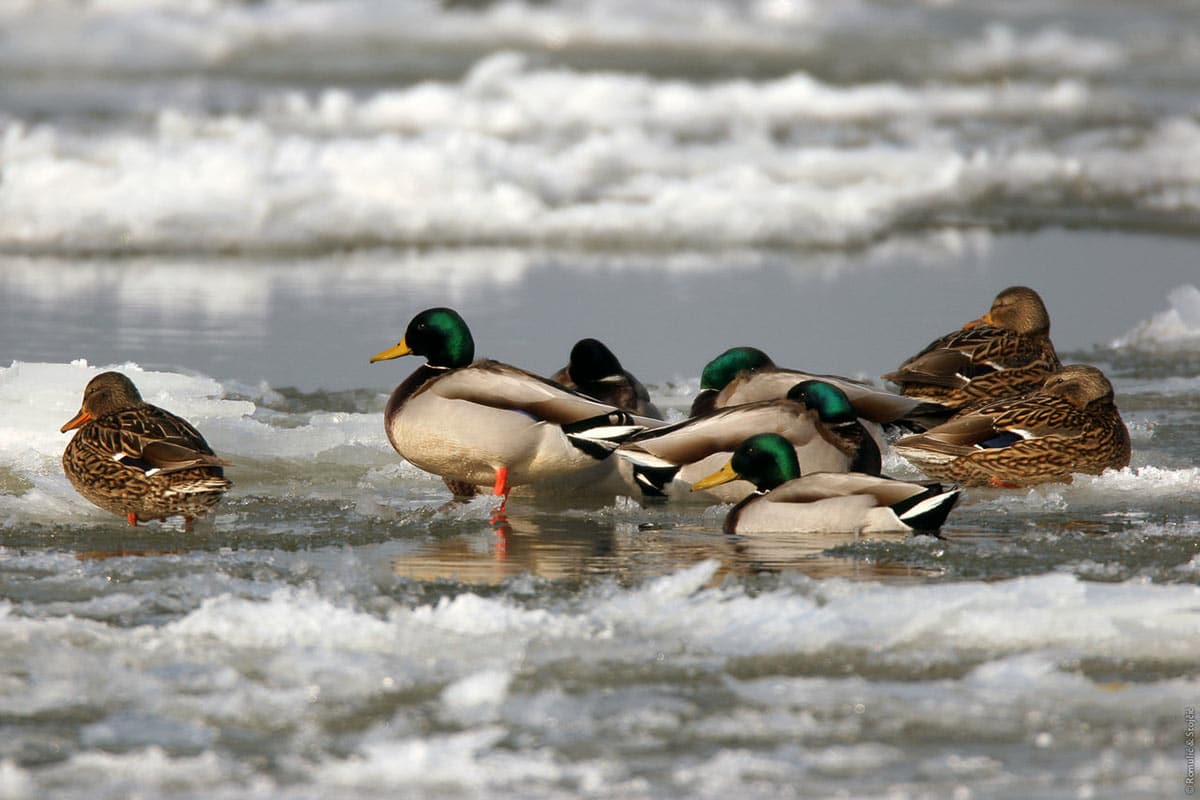 But to female birds, the gaudy feathers signal a good reproductive material. A strong protector, and a good nest builder. Where we see beauty, she sees ability.

For a male bird, the dull grey feathers of a female signal mating. He sees good reproductive material, a devoted chick rearer. And off he goes to strut his stuff.

To us humans, a female duck is plain. Where we see bland, a drake sees fireworks. He knows she is in short supply and he will fight for her tooth and nail. 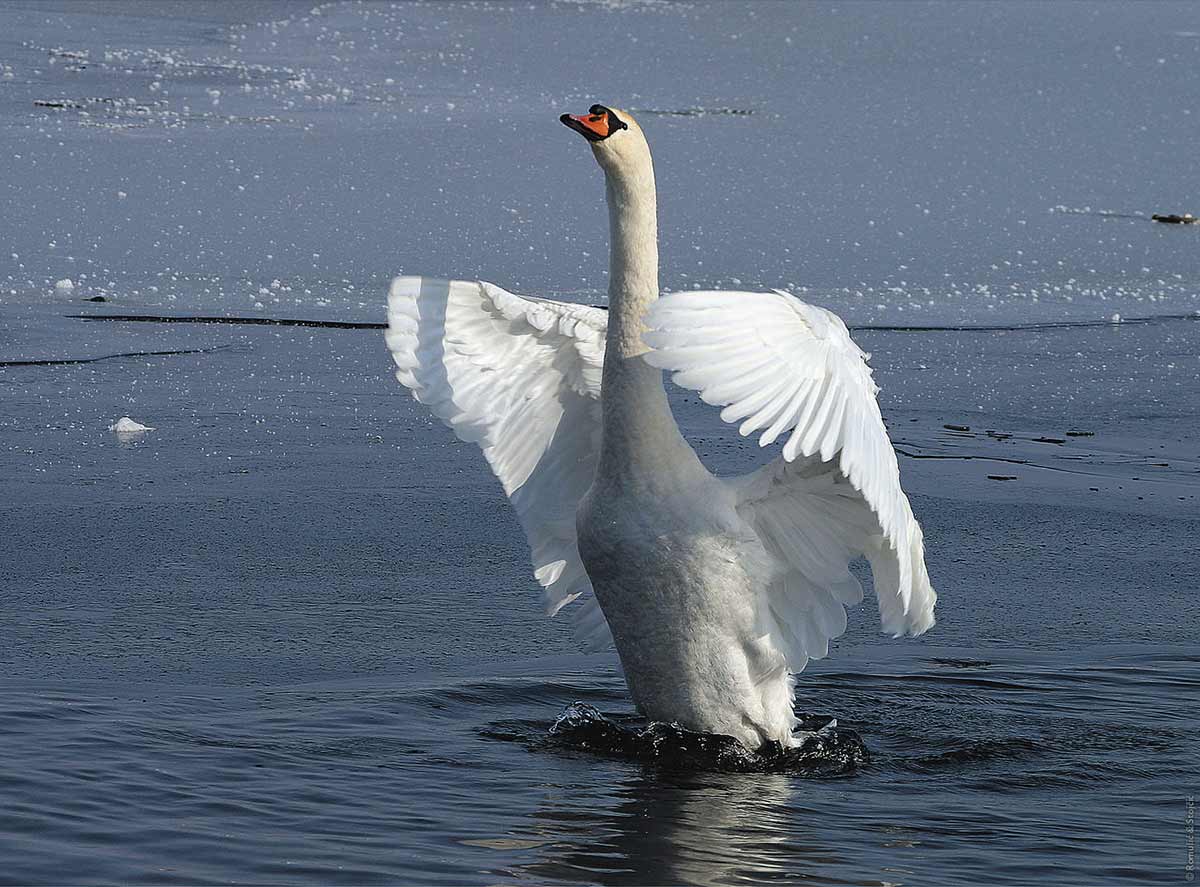 Failing to be all this, we fear we’d come across as bland. No one would fight for us. So we fight for that love.

And we should not.

Because each one of us is loveable, gaudy feathers or not. There is something in each of us worth fighting for. Something that sets off fireworks in that special other. 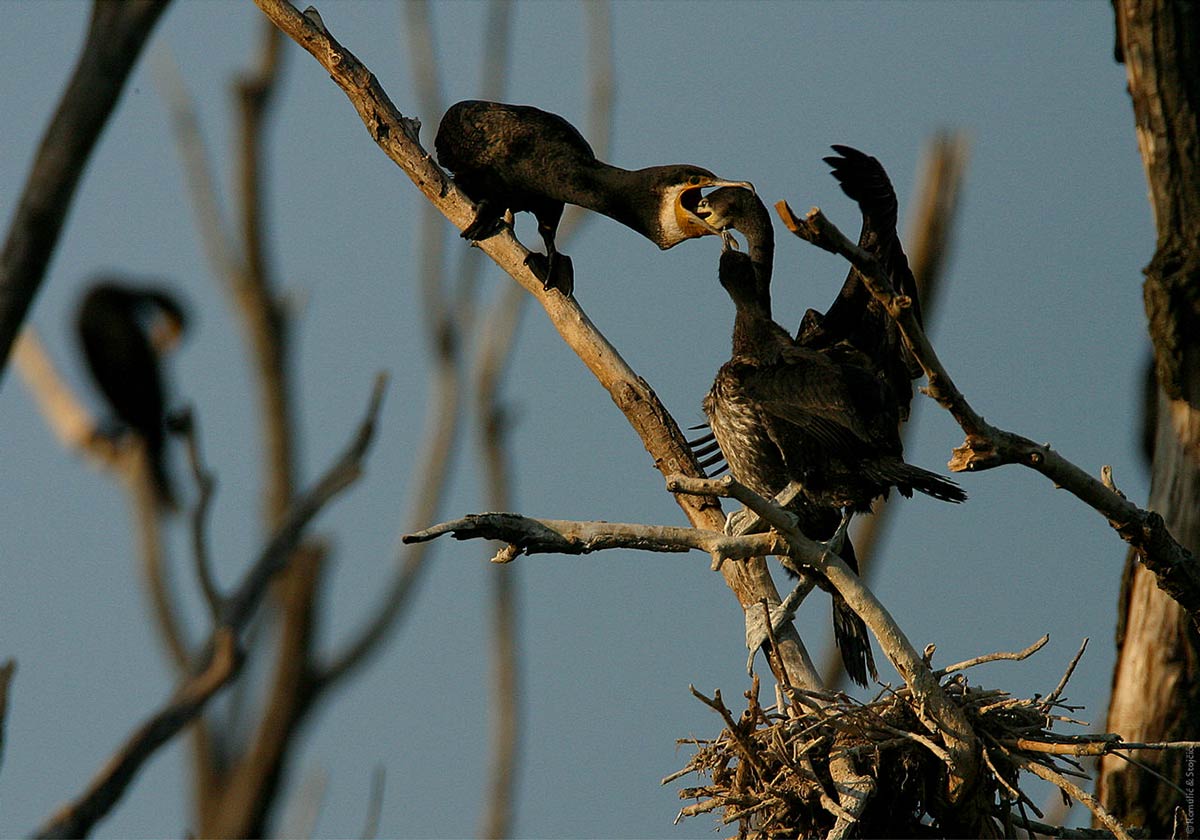 4 | Give up controlling things

Bird-watching teaches us a wonderful lesson. That we can learn about bird species just by observing.

We don’t have to shoot them any more. 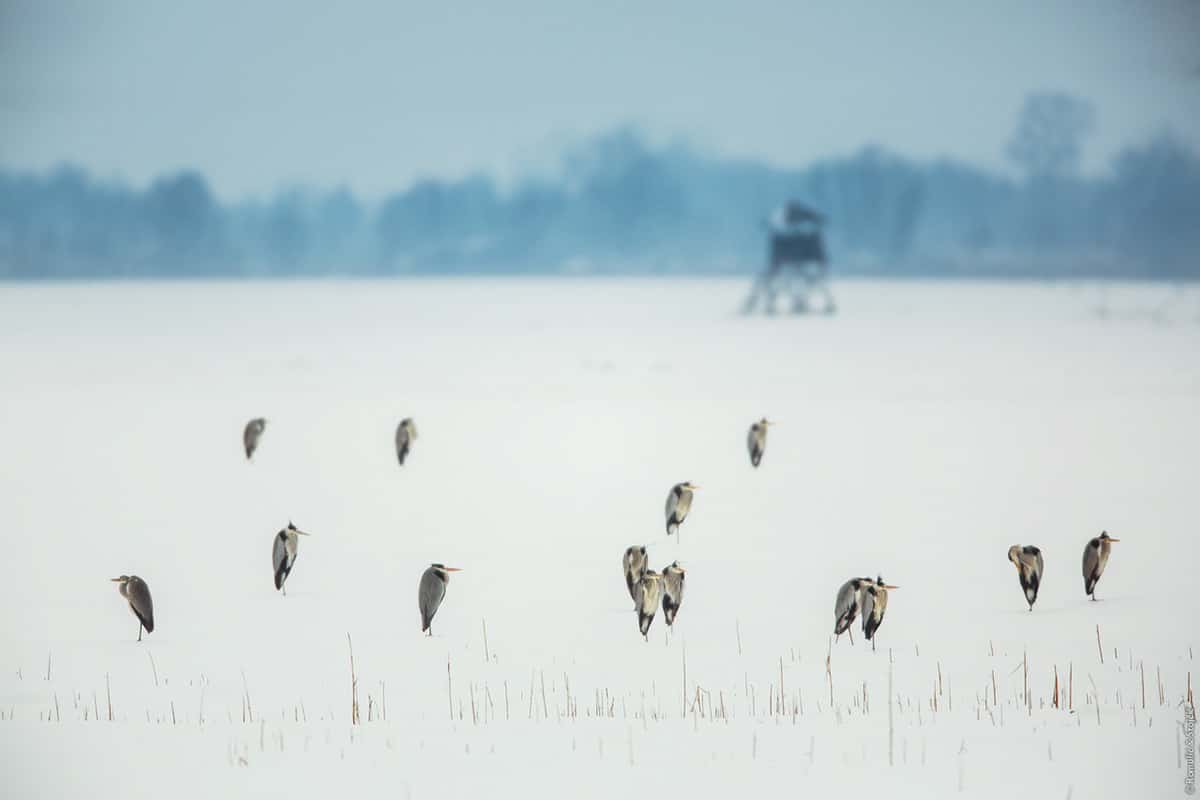 Instead of storming into their world and conquering it, we can turn silent. And once we become part of the birds’ habitat, we learn some more.

In our desire to control nature, we almost ruined its intricate balance. We have regulated river flows and tidied up land only to expand agriculture.

But what we did is shrink wetland areas. We evicted many bird species from their home, forgetting that they are actually useful to us.

Like those who feed on mosquitoes. With them gone, we spray our countryside with insecticides and cover our skin with repellents. 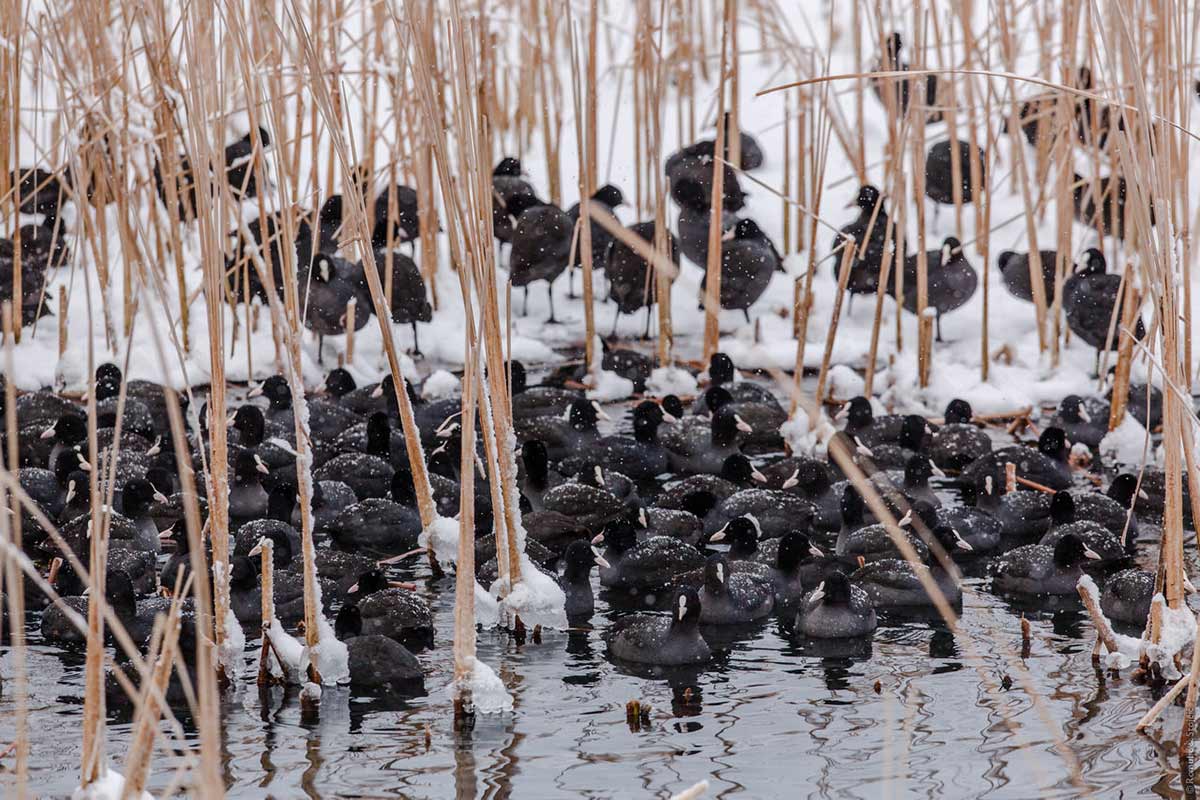 Think of swamps or overgrown fields. They may seem unfriendly or untidy to us. But nature doesn’t see it that way.

Life flourishes where rivers overflow. In the long run, people flourish too. When they give up control.

5 | When you give, you receive

In the medieval Europe, falconry was a noblemen’s sport and a sign of social standing.

Only an emperor could hunt with an eagle – the biggest of birds of prey. A prince could fly a falcon. And a priest couldn’t keep a bird bigger than a sparrow hawk. 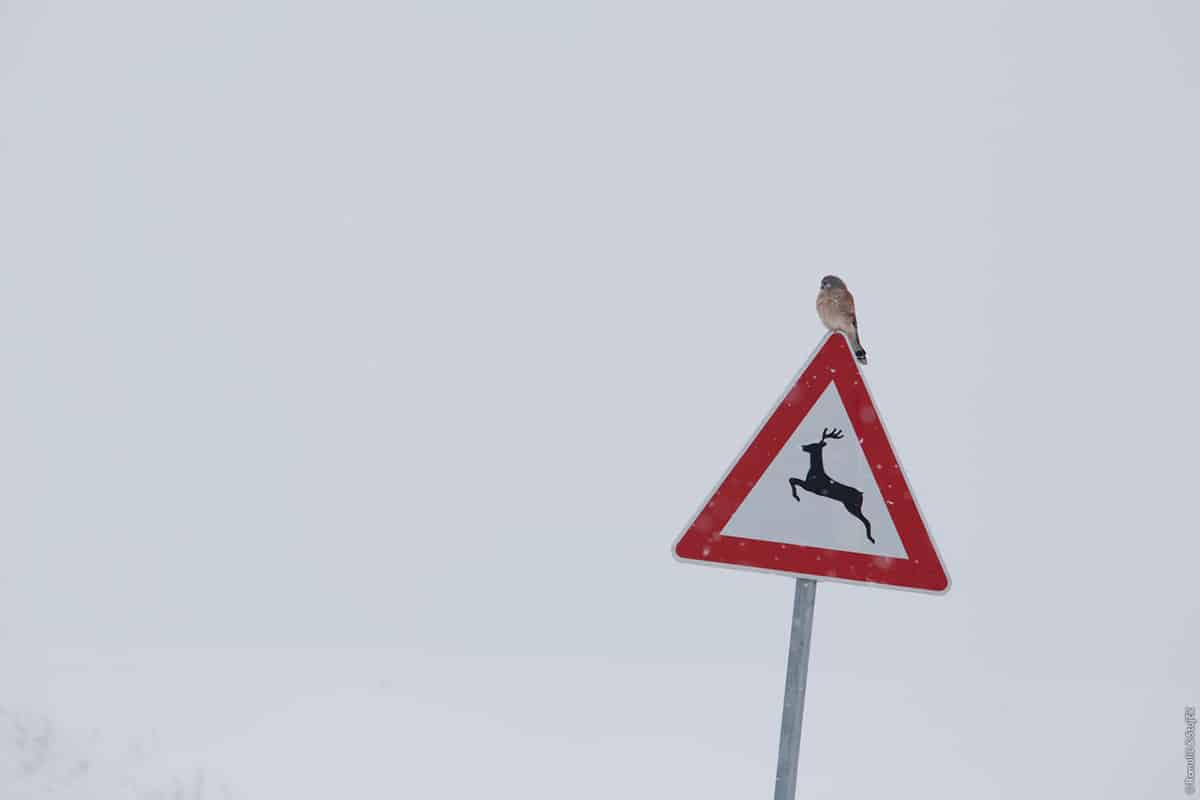 In the 18th century, when firearms became the hunting tool of choice, European falconry died down.

Now it’s being revived, but not in the same way as it is traditionally honoured by the nomadic people of Kazakhstan.

To them, a bird of prey is not a hunting tool, but a hunting partner. And in this partnership, the prey is shared.

But the union between the master and his bird goes even beyond the sharing economy. The 50-50 split.

The master admires the eagle’s skill to fly and hunt in the same way a shaman admires an animal totem. He befriends the animal so he can merge with its essence – to be the ruler of the sky. 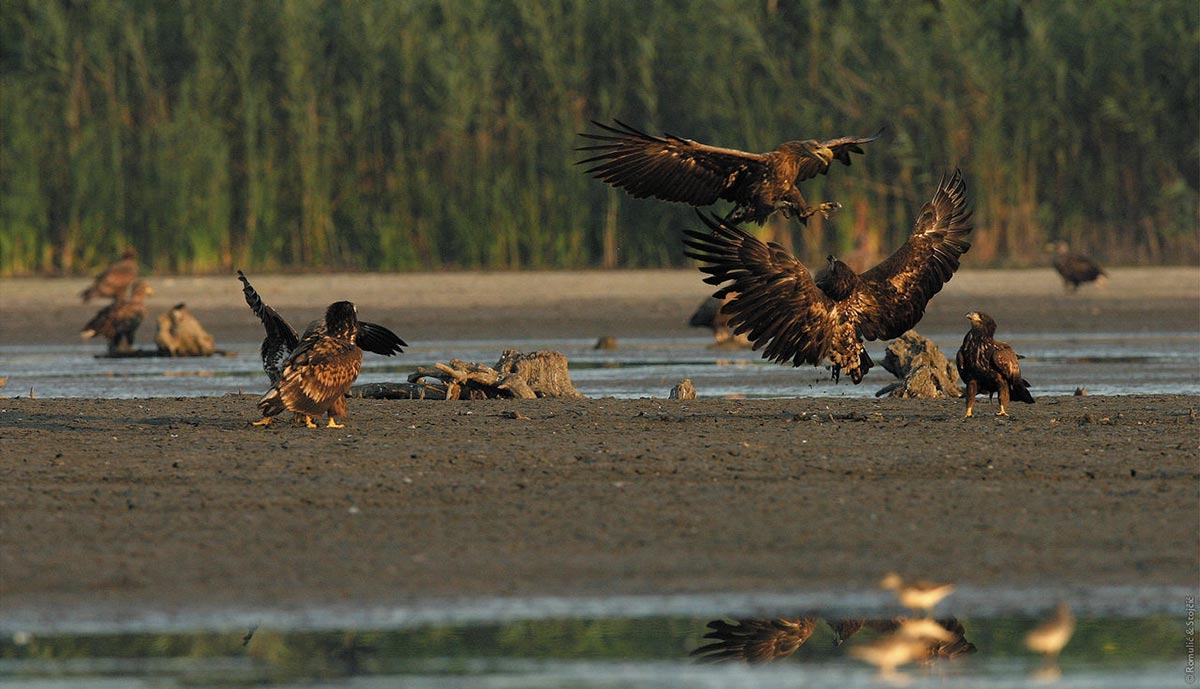 In the same way, the master sets the bird free. After 10 years of living and hunting together, he will release the female eagle so she can raise her own family.

The master respects her nature, he doesn’t control it.

Traditional Kazakh falconry is about team hunting. But it’s also a lesson in true partnership and sustainability.

We can go only as far as our partners do – people and animals we live with.

All other journeys are solitary and fruitless. 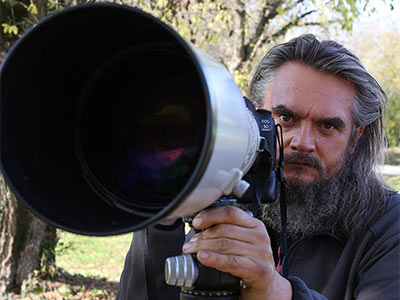 Mario Romulić is a Croatian artist, photographer and cameraman who worked for numerous international newspapers and TV stations. He has taken his camera all over the world. But he also captured the magic of Croatia’s pristine nature. Follow his work on Facebook and Instagram.