When was the last time you gazed at the clouds and marvelled at their meditative effect? A long time ago?

Then come to Zagreb. Because Zagreb skies are so dramatic no one can resist looking up.

If the big sky of Montana fascinates you, wait till you see the fast sky of Zagreb.

Gazing at the Zagreb clouds is like watching a thriller movie projected on a big screen. One minute they are meek and fluffy, the next they brood over the city like a giant dome.

It’s hard to tell which is more exciting. Watching the stormy sky rip in two by a lightening. Or catching the sun rays heroically beaming through it.

One thing I know – Zagreb skies are anything but boring. In fact, they make the most glorious performance that’s showing every day.

And it’s free of charge.

How to be a cloud gazer in Zagreb

Remember the song ‘Little Fluffy clouds’ by the British band the Orb? It starts with a question:

‘What were the skies like when you were young?’

And then the girl mumbles her answer throughout the song:

This is what Zagreb skies are like. They always have clouds in them, dancing, parading and showing off.

But even with all this aerial commotion, sky gazing in Zagreb is like a meditation. When you fix your eyes on the fast travelling clouds, you can almost see through them. You know that underneath, there lies a vast permanent sky.

Here’s how to do it in Zagreb.

Find a spot where the sky is wide open. The best places are Strossmayer Parade, Zagreb Eye and Tomislav Square. Begin cloud gazing.

Just fix your eyes on their shapes and colours. When one cloud moves out of frame, focus on the approaching ones. You will soon fall into a restful state of spontaneous awareness.

Everything will feel wide open and lucid. The clouds coming and going as vidid as ever. But the only reality will be the blue skies underneath.

…the sunsets were purple and red and yellow and on fire, and the clouds would catch the colours everywhere…

There are times when the weather conditions light a real bonfire on the Zagreb sky.

Then sunsets flicker with pink fluffy clouds. The sky view is ablaze with glowing ambers.

And Zagreb sky map makes it into world news!

This is not the time for meditation. Grab your camera and snap away. Like Julien Duval did so many times.

Zagreb cloud watching for the advanced

If you think cloud watching is impossible at night, think again.

There is plenty going on in dark Zagreb skies.

The white fluffs are dimmed out, but there is still partying up there. Zagreb horizon turns even more heavenly with the full moon hung on the skyline.

Now, if you get tired straining your head upwards, try something else.

In late spring, when the skies are at their most capricious, there is the reverse sky effect.

You need to weather the short bursts of storm and wait for the big calm. After a downpour, Zagreb streets will fill with puddles.

Watch your steps but also watch for mesmerizing scenes reflecting against the water.

Now you can gaze at the clouds without looking up. 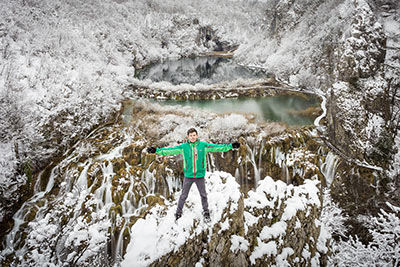 Julien Duval is a French photographer specializing in travel and music. He has explored Croatia for 6 years and fallen in love with its amazing scenery. Follow him on Facebook and Instagram, or visit his website for professional photo services.

Photos of Croatia is a brand new series. Every episode will feature spectacular images of Croatia from some of the best photographers who live and travel in Croatia.
Their photos will be a prompt for me to write a unique story about what Croatia is really like. If you enjoyed this episode, make sure to join in and catch the next ones. 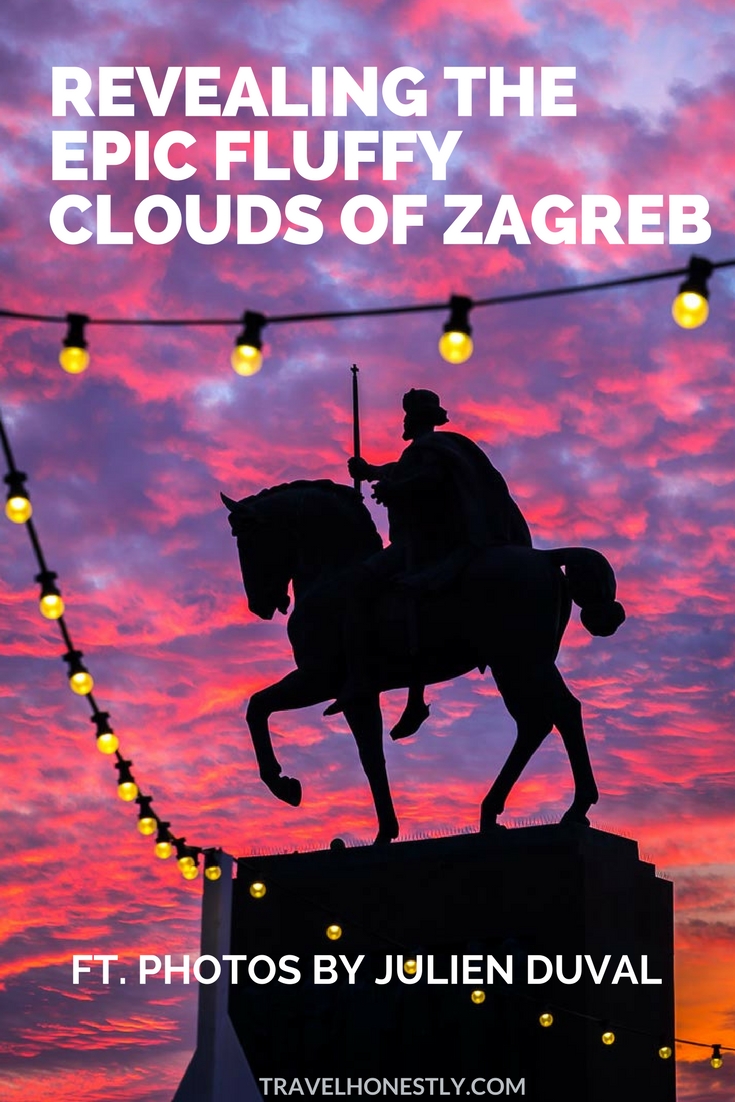